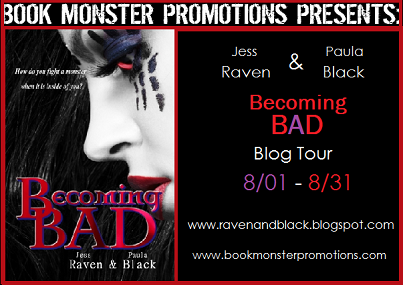 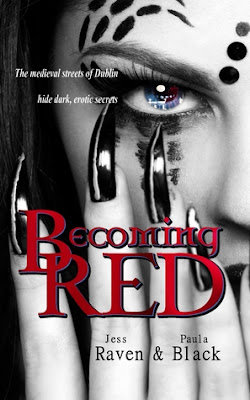 Becoming Red
Book One of the Becoming Series

‘You got me back. You always said you would.’
Ash DeMorgan, graduate, orphan, ice maiden, has long since consigned the fairytale nightmares of a troubled childhood to the realm of fantastical childish imagination.
Now, lured back to Dublin, the scene of her tragic past, Ash encounters a city pulsing under the dangerous sexual influence of a new street drug the locals call Rave. Nothing is as it seems. Ash is about to discover that her nightmares are real, ancient Irish myths are larger than life and roaming the streets of the medieval city, and she has become the prey in their erotic hunt. A step back into her past is about to become a high adrenaline race for survival.
Connal Savage, outcast, assassin, and living, breathing hunk of ancient mythology, has lived a thousand years servicing a debt of revenge. Dead inside. Until he encounters his boss’s granddaughter, an infuriating woman who threatens to lead him to hell with all his good intentions, who manages to chip away at the hard encrusted defences of a lifetime spent at war and burrow herself deep into a part of him that hasn’t breathed for centuries. He is about to discover that when it comes down to the wire, when you’re bargaining with the Grim Reaper for the life of the one you love, you will do anything...
Book one of The Becoming series. A new voice in paranormal fantasy and romance.

Becoming Red by Jess Raven
My rating: 4 of 5 stars

First I would like to thank (the authors) Jess Raven & Paula Black for giving me this book for an honest review. I love Ireland and mythology, the mix was great and also different. Ash has been battling the affects of a tragic childhood, when her grandmother has a stroke and she has to go back to Ireland her childhood home. She meets Connal and they are quite the pair. The story was well written, character and world building both were well developed. I love the story the only thing that made it a four for me instead of five is my own personal preference. I do not care for over abundance of erotica, I prefer more story to to many love scenes. Don't get me wrong a love scene here or there is great, but to many just takes away from the story for me. That being said, the story was great and I am looking forward to reading more. 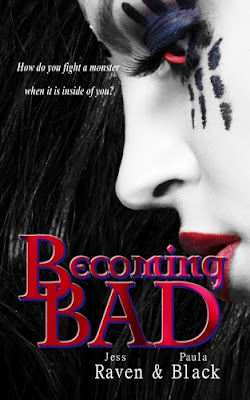 How do you fight the monster when it is inside of you?
The black lake beneath Dublin’s medieval city holds a secret. Imprisoned there for millennia, an ancient race of demi-gods have found a way to the surface and are preying on humans to feed their sexual appetites. Hunted to near-extinction, these half-men, half-beasts have been without a single female to breed a new generation. Until now.
All her life, Ashling DeMorgan feared her dreams. She kept her head buried in ancient mythology, because the real world seemed so much scarier. On returning to Dublin to settle her invalid grandmother’s affairs, Ash discovered a city plagued by the same wolf-like creatures that killed her mother. Their bite is like sexual heroin and Ash has been bitten. Now she is trapped in a waking nightmare, with the monster who ordered the death of the only man she’s ever loved. Made to doubt if she ever really knew the assassin-turned-guardian who stole her heart and gave his life for hers, Ash finds herself betrayed by her own changing body.
In a dangerous world of suspicion and divided loyalties, Ash must come to terms with what she is becoming. Worse still, her infuriatingly arrogant captor may just prove to be her most unlikely ally in what will become a life and death race for survival.
MacTire, king of a once formidable race, has lived his life in the shadow of a half-brother who took everything from him. Connal Savage seduced his mate and engineered a genocide that all but exterminated their species. Finally, he has a chance at retribution. Connal’s woman is his for the taking. But are the bonds of brotherhood so easily severed and are the ghosts of the past ever truly dead and buried, or will they come back to haunt him?

Becoming Bad by Jess Raven
My rating: 5 of 5 stars

First, I would like to thank (the authors) Jess Raven & Paula Black for giving me this book for an honest review. I have to say that I loved this book, the authors did an even much better job of writing this story than the first book. With action, romance, mystery, mythology, and well-developed characters you can't go wrong. Ash is going through changes and she does not fall into the victim, I love that she is strong as she needs to be. Even when her heart is hurting and her body is betraying her and confusing her. I am looking forward to the next book.

The writing duo of Jess and Paula met online through their mutual love of paranormal and urban fantasy romance. They sparked creatively and have been writing together for the past three years. Paula lives in Dublin, Ireland with her family. She set aside a career in medicine to raise her three children. Jess lives in Manchester, England with her mother and dog, Simi. When she isn’t writing up worlds with Paula, she’s a wedding planner for a large retail store.

TOUR GIVEAWAY DETAILS:
Jess & Paula are giving away the following prizes at the end of the tour:

Grand Prize:
$25 gift card to Amazon and choice either eBook, either Book 1 or 2 from the Becoming series

Runners-up:
FIVE (5) runners up will receive an eBook  - winners choice of Book 1 or 2 from the Becoming series

8/12- Miscellaneous Thoughts of A Bookaholic