Across a long hall of our aerospace firm busy workers leaving for the weekend, my future husband asked, “What do you have in mind?”  I then asked him out for New Year’s Eve, but hoped he wouldn’t notice the illustrious occasion by calling it “this Saturday.” We went out and haven’t really been parted since.  Together we earned advanced engineering degrees and adopted a seven-year-old boy from Russia, who’s turns twenty in a few weeks.

I’ve been writing poetry and prose my whole life, including plays and musicals, but haven’t been serious about novels, or publishing, or full time, until about five years ago.

I write in a small guest room, a kind of office, in a small home overlooking a valley in San Diego toward the Pacific Ocean. The Ocean is hidden by a ridge, but I know it’s there, just like I know my characters and story ideas are out there, just waiting to be born.

4) Why did you decide to write Entangled?

My sci-fi/paranormal romance/non-mainstream steampunk, Entangled came to me from several places. First, I had a dream about a young woman (think of Christina’s World by Andrew Wyeth) at the edge of a cliff in Scotland, overlooking a fjord. The salty ocean fog flows over her, whiting everything else out except the sound of bagpipes. Second, I took an online course from Dawna Richards that explained past life regression and wondered, scientist that I am, what might happen if scientists go back into the past in a time machine (a quantum computer) and spiritualists go back through past life regression in order to control some famous scientific event. How might they mess up their own time lines?

My favorite character is the best friend of my heroine, Dawn. Her name is Naomi (think The Girl With The Dragon Tattoo, the first movie). Naomi is a hacker, in a futuristic two-class society in which the hero and heroine lives. She’s punky, spunky, and wise. And the powers that be are scared to death that she might just be plotting to take them down.

This is a great question for me, since I really don’t have any least favorite characters. My villains, those I love to hate, tend to be automatons, the type of folk who have knee-jerk reactions to the world instead of feeling it deeply. Those would be the upper-class Cartesians at the University of Boston who are all into money and looking at the world analytically instead of with empathy.

Fifty people, including two read and critique groups, and my three critique partners, edit 20 to 40 pages of my work in progress per month.

Right now, having gotten four contracts, by three different publishers, this year, I’m learning about promotion by the seat of my pants.  However, I have become a fairly good social director for myself, since I find myself isolated writing and promoting my novels so often. I make sure to get out to spend a few hours with friends each day of the week.

Sadly, the paranormal romance authors I love, Marjorie Liu and Virginia Kantra, haven’t gotten much love of late, after I discovered the accessible and entertaining E.L. James of Fifty Shades fame.

10) What question do you wish that someone would ask about your book, but nobody has? Write it out here, then answer it.

How does your philosophy of life play into the themes of your novels?


Discovering I was hypothyroid, I realized I tended to exhibit different thought patterns and different moods when my medicine sent me hyper as opposed to hypo.  Hyper, I tended to be more analytical. Hypo, I tended to be more laid back. And so the idea to create a future classed society, as in Entangled, where the hypo individuals were rational thinkers, the academicians, and the hypos were those who let go to dwell in life, to experience it. 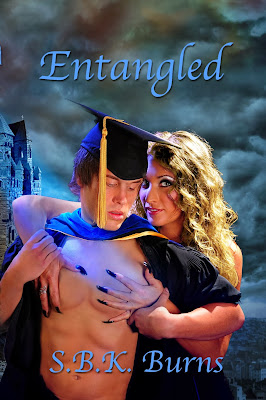 She’s Hume’n, a member of the lower class, with a chance to change her life…

In an alternate, twenty-first century Boston, Dawn Jamison is a hair’s breadth away from earning her doctorate degree—a degree that would allow her entrance into the upper class, to become the unemotional and self-disciplined Cartesian she is now only pretending to be. To reach her goal, all Dawn must do is overcome her forbidden attraction to the Olympic-class weightlifter Taylor Stephenson who’s just crashed her lectures on past life regression. She must teach her group of misfit students how to travel back into their past lives—and, oh, of course, figure out how to save the great scientists of the early eighteenth century before they’re inextricably caught up in a time loop.

He’s Cartesian, a member of the upper class, and supposed to know better…
Coerced by his politically powerful, wheelchair-bound brother into spying on Dawn’s past-life regression classes, Taylor knows better than to give into his desire to claim Dawn as his own. But his past-life entity, eighteenth-century Colin, has no such inhibitions. When Taylor and Dawn meet up in Scotland in the 1700s, all the discipline he’s forced on his twenty-first century self is powered into the past, leaving only his overwhelming lust for Dawn’s past-life double, alchemist and witch, Lily.

Unable to escape their sexually obsessive past, Dawn and Taylor find themselves in a race against the clock at the epicenter of a world-altering time quake of their own making.

From the Annals of the Alchemist Society of 2117:
During the twenty-first century, two scientists pursuing independent methods of brain wave research, a Cartesian, Professor Richard Stephenson of the University of Boston, and a Hume’n, John Marrick, CEO of MathMagics Corporation, refused to share data about travel into the past.
If these two warring factions had agreed to work together, the dark time between the eighteenth and twenty-second centuries might have been avoided.
Chapter 1 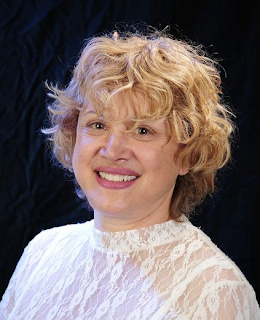 From an early age, S. B. K. Burns recited Shakespearean sonnets or snuck a read of a Broadway script from her parents’ theater magazine.

Having worked in the world of science—oceanography, biomedicine, and aerospace engineering—she brings these experiences to her sci-fi paranormals imbued with her idealistic philosophy that merges science with spirituality.

October 10 Spotlight
The Insane Ramblings of a Crazed Writer,
www.jessekimmelfreeman.com/blog.html