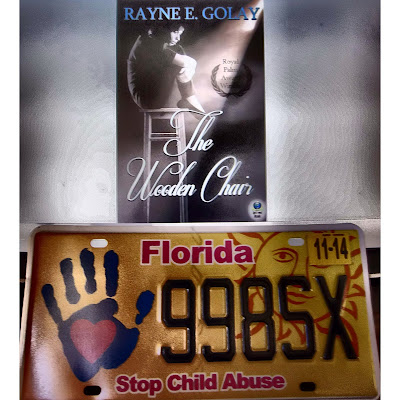 
Some years ago, my aunt and uncle used to flee the soul numbing cold and snow and darkness of the winter months in their homeland, Finland. They stayed in a condo in Fort Myers, Florida, painted delicious pictures of the pleasures they experienced. It call came across as so delightful; the warmth, the turquoise waters of the Gulf of Mexico, the swaying palm treed, the rich and colorful flowers, I had to see it for myself. Together with my husband, we ended up by renting a house in Florida, complete with a pool, a back yard with an orange and a lemon tree. This was the beginning of my love affair with Southwest Florida; I loved it all and still do. I’d go for walks in my neighborhood and gasp, “Oh, look at that!” I’d grab my husband’s arm, point at a flock of pristine white ibis, “Oh, how lovely,” staring in admiration at the sky with ever-changing clouds and supercells.

When I started writing my first novel LIFE IS A FOREIGN LANGUAGE it was a given I’d set the story in Southwest Florida. During one of my walks I stopped to admire a tall jacaranda tree with blue-purple flowers. The florescence was rich, an azure burst against the white billowing clouds. When Nina, my female protagonist in LIFE IS A FOREIGN LANGUAGE, meets Michael, much about him attracts her, but she “falls” into his jacaranda blue eyes, compelling, arresting in their intensity. I was able to pour into this story my passion for gardening, experiencing it vicariously through Michael’s trial-and-error attempts to grow the perfect rose.

I must have inherited my fascination for gardening from my father. Despite the harsh weather conditions in my native Finland, my dad tended a gardenia in our home. When he first planted it, it was no more than a twig. Over time and with tender care it grew into a luscious bush. Each years in early April it carried a few buds. For my father’s birthday at the end of April it produced one white flower to honor his day. When I bought my house here in Southwest Florida, before I did anything at all about the yard, I planted a gardenia outside my bedroom window. Its spicy and exotic perfume fills the air when the bush is covered in white flowers—in April. And of course the intoxicating scent of gardenia wafts through the pages of my novel LIFE IS A FOREIGN LANGUAGE.

On a less perfumed and exotic note, my second book THE WOODEN CHAIR is set in, to me, more familiar places, Helsinki and Geneva. My protagonist, Leini Bauman, is an amalgam of stories based on my clinical experiences as a substance abuse counselor. As a young girl I had a passion for writing. It never left me, but life and responsibilities interfered until recently. Now I have the time to indulge and write, write, write. 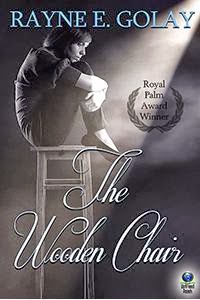 Set against the background of the Finno-Russian winter war, this story starts I Helsinki in 1943 and spans over fifty years of Leini Bauman’s life.

As a child, Leini stands ready to do anything to win her mother Mira’s love. This effort costs her the sight in one eye and as a result, causes her to endure bullying from kids her own age. As a teenager, with her Grandpa’s help, she undergoes one more surgery to straighten her eye, but the psychological scar of the events of her childhood remain.

Leini struggles to break free of Mira’s tyranny by leaving her native Helsinki to study psychology at Geneva University. A few years later, married, herself to a wonderful man, about to become a mother, she is determined with her own children not to repeat Mira’s behavior. With the help of a psychiatrist, she labors through the pains of past hurts to become a nurturing and loving mother and wife, as well as a successful professional, as she grows from victim to victor over adversity. Can her efforts lead her to the one thing she needs to discover the most - the ability to forgive her mother?

PRAISE FOR THE WOODEN CHAIR:

The Wooden Chair is a beautifully written period piece. When I began reading, I didn’t stop until I turned the last page. Ms. Golay’s descriptions are so powerful, the characters so true to life, they’re unforgettable. Leini’s journey from an emotionally abused child to a self-confident woman should be read by all who’ve suffered any form of abuse and persevered. Quite the most powerful novel I’ve read in years." --Suzanne Barr, Author of Fatal Kiss

The Wooden Chair took hold of me in the first paragraphs and never let go. I kept expecting—and wanting—someone to rescue Leini from her wildly unpredictable mother who told Leini she wasn’t wanted. Leini’s disappointments and longings as she faced serious issues for such a young girl kept me engrossed. I wept at Rayne Golay’s vivid descriptions of Leini coping in an unfair world, and I rejoiced at her remarkable quest to change, at her acceptance as she grew into adulthood. Rayne’s high quality writing in The Wooden Chair makes it an emotionally charged read, a compelling story of one woman’s valiant struggle to grow away from past hurts. A triumphant story! --Elizabeth (Bettie) Wailes, Author and Editor 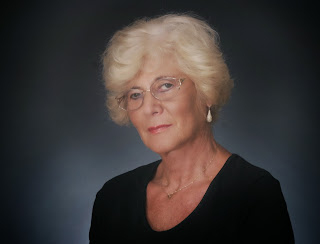 Whenever I pause and think about my past, I realized I’ve lived three lives in one. Some people are lucky to spend their whole life in the village or town or country where they were born. They’re surrounded by relatives and friends they’ve known since childhood, have deep roots. I believe they are very rich. My life has been made of a different cloth with hues of the rainbow. It’s been about change and adaptation.

I was born in Helsinki, Finland. For various reasons I changed schools three times before Highschool. When I was very small, my mother used to read to me. She helped me put letters together to form words. As she was done reading  “A Thousand and One Nights” my passion was born. From then on, I read everything with the printed word: matchboxes, newspapers, pamphlet and books, of course. I was no more than six years old when my father obtained a library card for me. Believe me, that was one of the happiest days of my childhood. To this day, I read at least three books a week. In school, I always had high grades in composition and wanted to be a journalist, but my parents had other plans. I got a Masters degree in psychology, was certified as addictions counselor in England after studies in the United States.

Skilled in languages, from the age of fifteen I translated dialogues in Hollywood movies from English into Finnish and Swedish. This, my first paying job, came through my father, who was the Nordic managing director of a prominent American film company.

After graduation, I married, had two children in rapid succession. My then husband was transferred to Geneva, Switzerland, so that’s where we moved with our two wonderful children.

In Geneva, I worked in a multinational company as an addictions counselor with responsibilities for all of the company’s European subsidiaries.  During this time, I wrote two non-fiction books: one about alcoholism, another about dysfunction in the workplace. I also wrote the script to “Something of The Danger That Exists,” a 50 minute film, used within the company as part of an educational program, which I facilitated. In my function, I was a frequent speaker on dependence at conferences and business groups. As I oversaw company sites throughout Europe and the then East Block countries, I’m fortunate to have traveled extensively.

As an avid reader, I’ve read most American, French and Russian classics, modern literature and poetry. It may seem that my books are autobiographical, particularly THE WOODEN CHAIR, but that’s not so. I believe in writing about what I know, so my life has parallels in Leini’s story, but I guess you have to read the book to find out more.

My whole life I’ve longed for the sun and warmth. When opportunity presented itself, I took up residence in Florida. I live here with my partner, my best friend and husband.

The award winning novel THE WOODEN CHAIR is my second book. At present, I’m editing my third story.

Every book is a journey so enjoy the trip.
Visit Rayne Online: