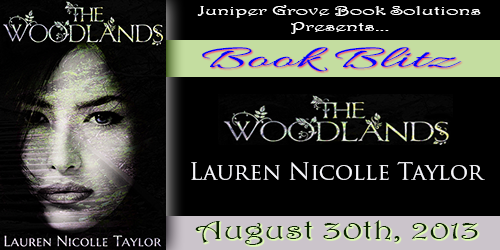 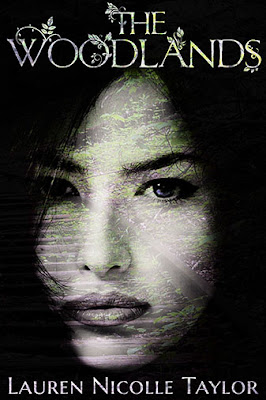 When being unique puts you in danger and speaking your mind can be punishable by death,  you might find yourself fighting to survive. Sixteen-year-old Rosa lives in one of the eight enclosed cities of The Woodlands. Where the lone survivors of a devastating race war have settled in the Russian wilderness because it’s the only scrap of land left habitable on the planet. In these circular cities, everyone must abide by the law or face harsh punishment. Rosa's inability to conform and obey the rules brands her a leper and no one wants to be within two feet of her, until she meets Joseph. He's blonde, fair-skinned, green-eyed, and the laid-back complete opposite of Rosa. She's never met anyone quite like him, and she knows that spells danger.

But differences weren't always a bad thing. People used to think being unique was one of the most treasured of traits to have. Now, the Superiors, who ruthlessly control the concrete cities with an iron fist, are obsessed with creating a 'raceless' race. They are convinced this is the only way to avoid another war. Any anomalies must be destroyed.

The Superiors are unstoppable and can do anything they want. After all, they are considered superheroes by the general public. But not everyone sees them this way. When they continue to abuse their power by collecting young girls for use in their secret, high-tech breeding program, they have no idea that one of those girls has somehow managed to make friends even she didn't know she had. And one man will stop at nothing to save her.

We could hear them now. They had separated and were circling our little campsite, sniffing and panting. Without asking, Joseph swept me into his arms and unceremoniously catapulted me into the tree. I couldn’t get a grip on the branch and I slipped, just hanging from the rough bark by my hands, my feet a foot off the ground.
Alexei’s voice carried down. “No. The tree won’t hold all of us.” He was aiming his whispers at Joseph. “Take her to the one over there.” He pointed across the circle to the other big pine. Joseph growled as he held his arms out for me to fall into. I let go and he caught me but I quickly wiggled out of his grasp and to my feet.
We ran to the opposite tree. Joseph was about to lift me when I stopped him. “You first,” I didn’t want to be thrown again.
“Are you joking? No!” he whispered tersely. He was angry but I knew it was the smart thing to do. The wolves were moving in, watching our little performance with hungry eyes. A black wolf had taken the lead. It was so close to the ground, it looked as though it was slithering, only a couple meters away from us. Its yellow eyes were menacing in the almost dark. A soft growl emitted from its bared teeth. We didn’t have time to argue.
“I need you to pull me up!” I shoved him. I think it took all his strength to obey me, but he did. Once in the branch, he grabbed my arm and pulled. But something was wrong. I was stuck. No, not stuck, something was pulling me backwards. Did it bite me? I felt no pain. I turned around to see the black wolf had a hold of my pant leg. It was tugging me to the ground, my toes desperately trying to find something to push off but finding only scrapings of dirt and air. Joseph eyes looked crazed with worry as he grabbed me with both arms and pulled as hard as he could, my arms straining at their sockets. Then I felt teeth sink into flesh and I screamed. For a split second, the animal paused, which was long enough for me to kick it as hard as I could with my good leg. It yelped and then it lunged. I closed my eyes. This was it. Air rushed across my face and I was flying.
When I opened them again, I was in Joseph’s arms and the wolves were surrounding the tree, moving in unison as if in a dance, taking turns jumping and scratching at the trunk and trying to snap at our toes.
Joseph was breathing hard. So was I. He was holding me so tight that I was starting to feel suffocated.
“Joseph,” I whispered, “I’m ok, you can let me go.” He looked at me and it registered. He loosened his hold on me, but he didn’t let go. After a few seconds, he put his large hands on either side of my waist and helped me to stand on the branch. A flicker in my chest made me pause. We needed to climb higher, just to be safely out of reach of the frenzied clawing that was taking place beneath us. I pushed up onto my toes, feeling the squelch of the sock in my left boot, which was filling with blood.
As we climbed higher, we heard them shouting from the other tree. It was Clara I could hear the clearest. “Are you all right, Rosa?” Her voice sounded high and strained. It must have been very uncomfortable for her, sitting in a tree. I hoped Deshi was looking after her.
“She’s safe,” Joseph answered for me. “What about you?”
“All good over here,” she said, adding, “Beautiful moon, don’t you think?” My eyes were starting to get sore from all the rolling I had done since I met her. She always managed to find a positive even in the worst situation possible.
Joseph chuckled. I looked up at the sky, and sure enough, there was a beautiful moon rising, casting pointed, ghostly shadows on the forest floor.
“Joseph, I’m not ok. It bit me,” I whispered.
He nodded tightly. “I know. I just didn’t want to worry her,” he confessed quietly. I was grateful that, for once, we were on the same page. 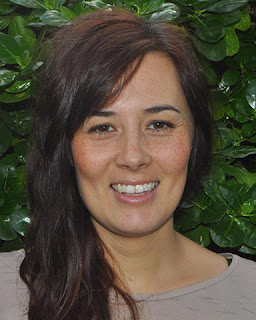 Lauren Nicolle Taylor is a 33-year-old mother living in the tiny, lush town of Bridgewater on the other side of the world in Australia. She married her high school sweetheart and has three very boisterous and individual children. She earned a Bachelors degree in Health Sciences with Honours in Obstetrics and Gynecology and majored in Psychology while minoring in Contemporary Australian Writing.

After a disastrous attempt to build her dream house that left her family homeless, She found herself inexplicably drawn to the computer. She started writing, not really knowing where it may lead but ended up, eight weeks later, with the rough draft of The Woodlands.

In 2013, Lauren Nicolle Taylor accepted a publishing contract with Clean Teen Publishing. Her first published novel, The Woodlands, was released on August 30, 2013. Currently, Lauren has finished her manuscript for the second book in the series titled: The Wall, as well as partially completed the third book in the series which at this time is unnamed. 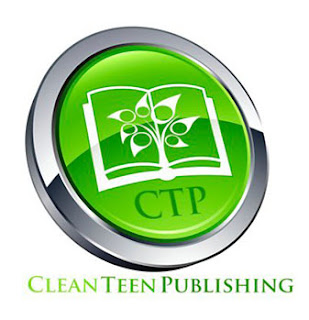 a Rafflecopter giveaway
Posted by Unknown at 4:19 AM