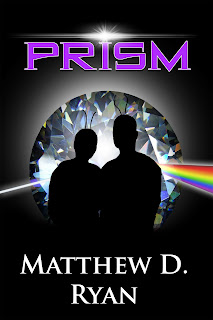 In the mystical realm of the Cavern, Akarra is Shardshaper to the quartzian people who inhabit it. Fashioned from quartz and filled with enchanted light, the quartzians are a strong and hearty people. Akarra is no exception. But when destiny intervenes, she must choose between the he-quartz she loves and the life path she lives for. Which shall she choose?

Akarra cut off the deathlight and lowered the Heartshard to the floor in front of her. She passed a cursory glance over the icosahedron, pleased with her work. Then, she expulsed a ripple of joyful golden lifelight. She’d never formed an icosahedron before, and was quite happy with her success.

Yridia smiled then doubled over as she was seized with a round of violent shimmering and coughing again. Her body flickered through a dozen colors, many not from the standard spectrum, but instead a mix from those basic colors. After a moment she straightened, cleared her throat, and said, “You have done well, student. Now name the five perfect solids, describe them, and tell me what they represent.”

“Excellent,” Yridia said. “You have done well, student. Now, tell me: Which element can form a dual only with itself?” 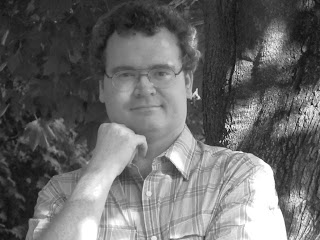 Matthew D. Ryan is a published author living in upstate New York on the shores of Lake Champlain. His work has been featured on-line at Aphelion.com and YesteryearFiction.com. He has been deeply involved in the fantasy genre for most of his life as a reader, writer, and game designer. He is the operator of the web-site matthewdryan.com which features his blog, “A Toast to Dragons,” a blog dedicated to fantasy literature, and, to a lesser extent, sci-fi. Mr. Ryan says he receives his inspiration from his many years as an avid role-player and fantasy book reader. He has spent many long hours devising adventures and story-lines as well as gaming systems for role-playing games, playing a motley assortment of characters in RPG worlds, as well as digesting the writings of J.R.R. Tolkien, Robert Jordan, and others. As a result, he has great depth of experience in the fantasy genre and feels it was a natural shift for him to move into fantasy writing.

Mr. Ryan is the author of the exciting dark fantasy novel, Drasmyr, The Children of Lubrochius, and The Sceptre of Morgulan, as well as a growing number of short stories. His first novel, Drasmyr, won the book of the month award on Long and Short Reviews: Young Adult for the month of September 2012. The story features a traditional Dracula type vampire in a Middle-Earth type setting. It is a dark fantasy geared toward teens and adults that has consistently earned reviews in the four and five star range. Drasmyr serves as the prequel to his series: From the Ashes of Ruin. In addition to Drasmyr, The Children of Lubrochius, and The Sceptre of Morgulan, Mr. Ryan has published several short stories on-line, including: “Haladryn and the Minotaur”(published at the now defunct Pegasus On-line), “The River’s Eye”(published at YesteryearFiction.com) , “Escape”(published at Aphelion.com), and the three-story collection Of Dragons, Love, and Poison.. His latest work is the stand-alone novella “Prism,” a startling fantasy story of unique character. He has also spoken on the topic of “World-Building” utilizing his considerable experience as an author and game-designer. When not engrossed in his fantasy worlds, Mr. Ryan can be found volunteering at the local food shelf or playing with his cat, “Confucius,” who is as wise and wily as his name suggests.

Matthew will be awarding a $10 Amazon or B/N GC to a randomly drawn winner via rafflecopter during the tour.