The Jekyll Revelation by Robert Masello 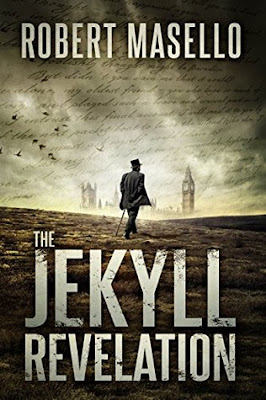 The Jekyll Revelation
by Robert Masello


While on routine patrol in the tinder-dry Topanga Canyon, environmental scientist Rafael Salazar expects to find animal poachers, not a dilapidated antique steamer trunk. Inside the peculiar case, he discovers a journal, written by the renowned Robert Louis Stevenson, which divulges ominous particulars about his creation of The Strange Case of Dr. Jekyll and Mr. Hyde. It also promises to reveal a terrible secret—the identity of Jack the Ripper.

Unfortunately, the journal—whose macabre tale unfolds in an alternating narrative with Rafe’s—isn’t the only relic in the trunk, and Rafe isn’t the only one to purloin a souvenir. A mysterious flask containing the last drops of the grisly potion that inspired Jekyll and Hyde and spawned London’s most infamous killer has gone missing. And it has definitely fallen into the wrong hands. 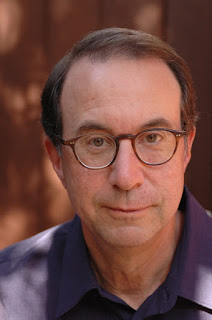 Robert Masello is an award-winning journalist, TV writer, and the bestselling author of many novels and nonfiction books. His most recent thriller, entitled THE EINSTEIN PROPHECY (47 North), hit the # 1 spot in the Amazon Kindle store. Previous books include BLOOD AND ICE, THE MEDUSA AMULET, and THE ROMANOV CROSS, all published by Bantam/Random House.
He is also the author of two popular studies of the Occult -- FALLEN ANGELS AND SPIRITS OF THE DARK and RAISING HELL: A CONCISE HISTORY OF THE BLACK ARTS.
His books on writing include WRITER TELLS ALL, A FRIEND IN THE BUSINESS, and the classroom staple, ROBERT'S RULES OF WRITING.
His TV credits include such popular shows as "Charmed," "Sliders," Early Edition," and "Poltergeist: the Legacy."

A native of Evanston, Illinois, he studied writing at Princeton University under Robert Stone and Geoffrey Wolff, and now lives a few blocks from the beach in Santa Monica, CA.

The Jekyll Revelation by Robert Masello
My rating: 4 of 5 stars

First, I would like to thank the author for gifting me the book through netgalley. I enjoyed this story and was very surprised at the ending. The characters are well developed and written. The plot is very good. I would like to read more from this author.