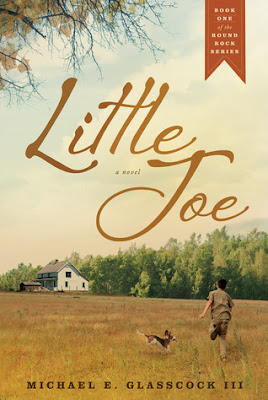 When Little Joe Stout survives the car accident that took his parents’ lives, he is sent to live with his maternal grandparents in the small town of Round Rock, Tennessee. Orphaned and missing his Texas home, Little Joe is reluctant to adapt. But his grandparents, especially his grandmother, are up to the challenge of raising him despite their own struggles. Soon, childhood friendships are forged in the oddball duo of Sugar and Bobby, and—with the help of a new canine companion—Little Joe begins to see that his new home offers the comfort and love he thought was lost forever.

Set against the drama of World War II and the first sparks of the civil rights movement, Little Joe’s new home is a microcosm of America in the 1940s. A frightening incident with a Chinese motorist traveling on the wrong side of town, the migration of troops across the countryside, and a frank discussion of Jim Crow laws are just a few of the local events mirroring the radio broadcasts that bring the news of the day into his grandmother’s kitchen.

If you are reading this letter, you know that I'm dead.  I have no way of knowing when you'll read it because I have no way of knowing when or how I'll die.
The watch belonged to my father, your grandfather.  Unfortunately, you never had the opportunity to know him because he died before you were born.  He worked as a conductor on the Union Pacific Railroad.  This watch was what he used in his work.  It is a fine watch with a jeweled movement.  He left the watch to me when he died, and I have cherished it all these years.  In fact, I kept it in a safe deposit box because I wanted to pass it on to you in good condition.  The watch is the only material possession I have to leave you.  I wish it could have been more, but as you can imagine, a career naval officer would never be a rich man.
I can pass on other assets.  One is a sense of duty, duty to your country and your family.  I saw this terrible war coming years before the Japanese bombed Pearl Harbor.  That's why I joined the navy when I gout out of college.  I wanted to be ready whenever we had to enter the European conflict.  I frankly never knew much about the Japanese, and had no idea they would attack us.
But that's beside the point.  I want you to always do what you think is right.  To evaluate the circumstances, and then make a choice.  It doesn't have to be popular, just right.
Be honest to a fault.  Tell the truth even if it hurts.  If you always tellt he truth, you'll never have to worry what you told someone.
And be frugal.  Don't be a spendthrift and don't borrow money.  If you can't afford something, save until you have enough to purchase it outright.
There's a lot of hate and anger because of this war.  We hate the Japanese and the Germans, and with good cause.  But this war will end, and we'll have to deal with them in the future.  We can't let taht hate propagate.  At some point, we'll have to let bygones be bygones.  Don't carry hate in your heart, Little Joe.  It destroys people.
A real man is a gentleman.  He respects the rights of others, and he looks out for those who are less fortunate.  There will always be poverty and hunger in this world.  Do what you can, in your own way, to help someone along the way.  Share what you have with others.  Don't ever be greedy or selfish.  Like hate, these traits destroy people.
I know how much you love to fly.  I myself have always loved flying.  I remember fondly the times we flew all over south Texas in my Cub.  Chasing deer across those Hill Country pastures was great fun.  I'm sure you remember those days.  Now, what I'm getting at is this.  When you become a man, you'll need a profession.  You're smart enough to be whatever you want.  So, pilot, doctor, merchant, Indian Chief, whatever, be the best you can.
Be a good boy and mind your mother.  She loves you as much as I do, and she'll look after  you.
Whenever you hear a plane overhead, think of me.
God bless you, son.  Look after your mother.  Enjoy the watch.

Much love,
Your father,  Joe Stout 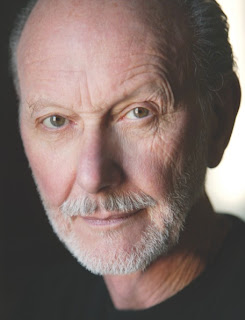 For the first eight years of his life Michael E. Glasscock III lived on his grandfather's cattle ranch a few miles south of the small community of Utopia, Texas. At the beginning of World War II, he moved to a small town in Tennessee not unlike the mythical Round Rock portrayed in his fiction series. Michael decided to study medicine, and he graduated from the University of Tennessee Medical School at age twenty-four.

Nashville, Tennessee, was the site of his otology/neurotology practice, where he was associated with Vanderbilt University as a clinical professor, and where he continues to be part of the faculty as an adjunct professor. He retired from full-time clinical practice in 1997 and moved back to Texas where he continues to work as a consultant for three major medical device companies. He currently resides in Austin, Texas.

First, I would like to thank Negalley for giving me this book for an honest review. I enjoyed the story, there were things that didn't ring true for the era, like grounding, more like go get me a switch off a tree. I know some people think that the grandparents reactions are unbelievable, but I d not agree. How people treat children today is way different then it was years ago. I liked the story and my favorite part is when Little Joe Reads the letter from his father. I am looking forward to reading more in the series. The author says the fourth book will be going back to an older Little Joe, I am looking forward to when it comes out.

View all my reviews
Posted by Unknown at 2:48 PM