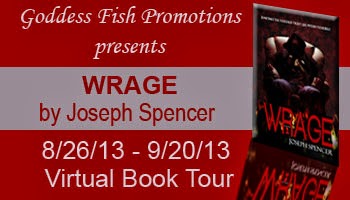 I worked as a newspaper journalist for ten years in large regional daily newspapers at Peoria, Ill., Burlington, Iowa, Martinsville, Va., and Grand Junction, Colo. Five years ago, I switched careers to join public safety because the outlook of the newspaper industry wasn’t too bright. That’s when I started thinking about a fiction writing career because I missed the creative outlet of writing. I’ve only been writing fiction for about 2 ½ years.

My favorite place to write is in my comfy green recliner in my living room with my laptop in my lap.

My favorite character is Annie Duke, the lead detective in Wrage. She’s faced a lot of adversity in her life with dogged determination. She dealt with a great deal of tragic loss in her family and personal life. She’s pursued a career in a male-dominated field and still risen to the top of the ranks at the Prairieville Police Department. In Wrage, she also feels a great deal of pressure because she’s presented with the opportunity to redeem her slain mentor who was framed and disgraced in Grim.

My least favorite character is Christopher Sinks. He’s just a despicable human being. I tried extremely hard to write a back story for him that explains why he became the monster he became, but I doubt anyone will feel sorry for him or agree with the way he responded to adversity in his life. He’s an example of someone who aspired for greatness, gave up too quickly, and allowed himself to sell out all of his ideals and beliefs.

I do my best to proofread my manuscript when I submit it to my publisher, but Avril Dannenbaum has been the lead editor on both of my novels. She’s done a great job of reeling me in when my ideas aren’t quite working and makes great suggestions for fixes.

My wife and I both enjoy reading, traveling, watching movies, cooking and exercising. We’ve taken trips to New York, Phoenix, Paris, Chicago and St. Louis. We look forward to a planned trip to Greece in 2014.

I read quite a bit across genres. I’m not afraid to admit that I enjoyed Cassandra Clare’s YA Mortal Instruments Series. I’ve also enjoyed Charlaine Harris’ Sookie Stackhouse and Harper Connelly paranormal books. I’ve been influenced in the dark thriller vein by Thomas Harris and Jeff Lindsay. I believe they’ve created two of the most iconic characters of our time in Hannibal Lecter and Dexter Morgan. Some of my other favorites include George R.R. Martin, James Rollins, Lee Childs, Sara Paretsky, Anne Rice and Jack Ketchum.

10)   What question do you wish that someone would ask about your book, but nobody has?

When does the movie version come out?

As a movie buff, I think I might actually faint if anyone adapted my work to the big screen. I picture it in my head like a movie as I’m writing it, but to actually see it playing out in front of me would be an indescribable feeling of pride. 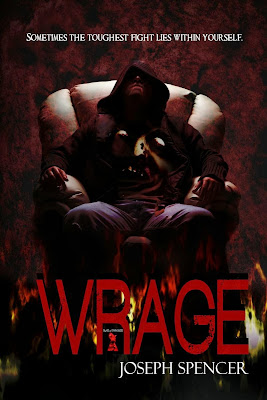 Sometimes the toughest fight lies within yourself.

As more dark secrets come to light, the battle for souls pushes Prairieville to the brink of war in the living and supernatural realms.

Jeff Wrage swears a blood oath to Abaddon, the supernatural avenger of murder victims, to hunt the crooked cop who butchered his wife. Jeff wonders whether he can be the executioner Abaddon requires. Their pact throws the supernatural realm in chaos and threatens to trigger an apocalyptic fight for control of the afterlife between the Sons of Darkness and Sons of Light foretold in the Dead Sea Scrolls.

Orlando Marino sees the death of Cyrus Black as his opportunity to restore the Marino family's stronghold in Prairieville’s organized crime scene and become a mob kingpin. He unleashes a plague, turning its victims into mindless followers. Cyrus' heir is busy rooting out a traitor and is unable to stop the coming turf war in the realm of man.

The fate of all rests with Homicide Detective Anna Duke, who steps into the shoes of her mentor while coming to terms with unrequited love. As she tries to clear the fallen hero's name, she takes on a case where corpses go missing. Her new partner is reported dead. She learns the truth about her true identity and uncovers a trail of secrets questioning her tragic past. She journeys to avert the destruction of all creation.

“What do I have to do? I didn’t know rules before I did the ritual,” Jeff cowered into a ball, pulling his knees up to his chest and wrapping his arms around them. It was definitely the weirdest conversation he’d ever had, considering he was talking to himself or whatever was inside of him now.

“My terms are simple,” Abaddon rumbled, once again speaking to Jeff through his own lips. “You must avenge the lives of the wrongful dead by killing those who robbed them of their rightful place in the afterlife. After I’ve collected the souls you’ve punished, I’ll help you avenge your wife. I’ll help you kill Christopher Sinks.”

Jeff’s eyes searched his suddenly glowing skin looking for answers. “What if I can’t kill for you? I’ve never hurt anyone. I don’t know how I’d do something like that.”

The beastly laugh once again rattled his chest so hard his ribs hurt. “Don’t worry, boy. I’ll show you. Let me see if I can convince you. Hear the plea of the souls stuck in limbo, waiting for judgment against their murderers.” Jeff’s hands were forced toward each other. A thunderous clap echoed when they met together. The wound on his right palm reopened and drops of blood littered the ground.

Immediately, loud rustling noises surrounded Jeff on all sides. Clumps of dirt in front of graves everywhere shook and collapsed. Pale, glowing hands clawed out of their disturbed burial plots. The bony hands reached out toward the sky, fighting to be free of their earthly bonds. Gradually, heads, torsos and full bodies climbed out of the overturned soil. Some were only skeletons, while other corpses growled as they inched closer, sagging, rotting flesh dripped blood, dirt and worms to the ground with every step. Some were dismembered. Some were riddled with bullet holes. Others bled from gashes in their sides, stomachs and necks. All of them had a blinding light poking out of the cracks and crags of their rotting flesh. They reached out toward him. None of their mouths moved. Yet, an otherworldly buzz of whispers filled the air. The uncovered corpses seemed to be chanting.

“We’re the wrongful dead,” they whispered. “We’re robbed of our eternal bed. Our souls mark the evil deeds. Punish those with bloodthirsty needs. Kill the ones who took our eternity. Kill them and set us free.” 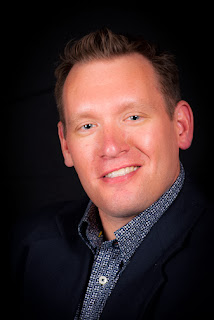 As a boy, Joseph Spencer immersed himself in the deductive logic of Sherlock Holmes, the heroic crime fighting of Batman and Spider-Man, and a taste for the tragic with dramas from poets like Shakespeare and Homer.

Joseph was married to Dr. Amy (Waggoner) Spencer, an accomplished veterinary doctor, on March 14, 2012. He received word his debut novel was accepted by his publisher, Damnation Books, the next day. Joseph is hard at work on the rest of the series. Book 2 – Wrage – was released June 1, 2013.  The Spencer family enjoys reading Charlaine Harris, George R.R. Martin, Mary Janice Davidson, and most paranormal stories. The Spencers also enjoy quoting movie lines from “The Princess Bride”, “Rain Man”, “Bridesmaids”, and “Office Space.”

Joseph will be awarding a $25 Starbucks gift certificate to a randomly drawn commenter during the tour.   Be sure to comment often, the more you comment the better your chances of winning.  Follow the tour here.

Wrage by Joseph Spencer
My rating: 5 of 5 stars

First, I would like to thank the author Joseph Spencer for giving me this book for an honest review. I love this book; the characters are very well developed. I could not put it down; it’s a thriller that will keep you on the edge of your seat waiting to find out what is going to happen. I am looking forward to reading more from Joseph.

View all my reviews
Posted by Unknown at 9:29 AM