Cover Reveal - The Day Human King by B. Kristin McMichael 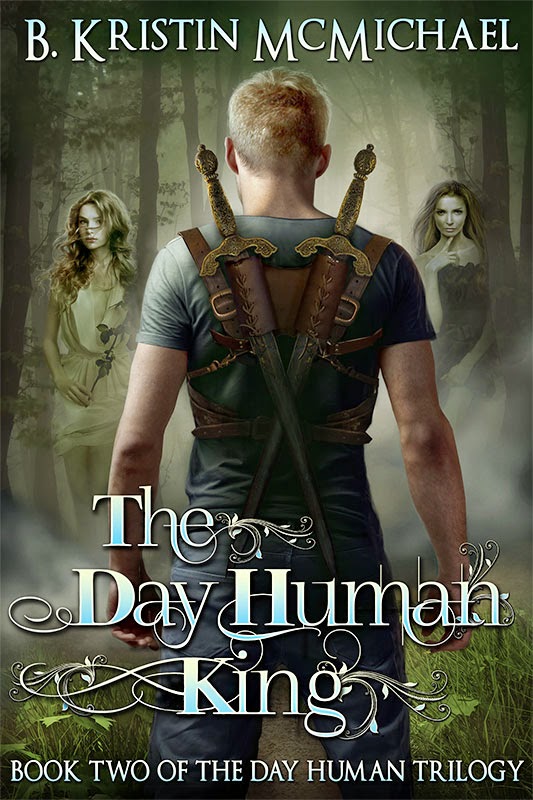 
DESCRIPTION
After he assumed the power of the late sidhe king, Devin thought the battle to protect Nessa and proceed with her coronation was over. Everyone feared him and he had the power to do anything in the sidhe world. He was wrong. As problem after problem arises, Nessa finds the path to the throne is not as simple as they thought. Formalities must be adhered to, preparations must be made, and between all of that, Devin and Nessa must decide what to do with an obviously pregnant Fiona, who will not name the father of her child. To make matters worse, the elite sidhe are still assassinating each other. No one in the palace is safe. Who is behind the latest deaths, and can the coronation actual occur with all the drama going on? Devin and Nessa’s road to power might be cut short if they can’t find the answers.

“We need to dance our way out of here,” Devin replied quietly, still spinning them in circles. “Just follow my lead.”
Nessa wanted to ask more, but Devin dipped her down suddenly with one hand. Pulling her back up, his fist was pressed against her back and was now holding an arrow he grabbed from an assassination attempt. No one saw the invisible arrow, but Devin still held onto it. After a few more quick spins that didn’t allow Nessa to ask more questions, yet brought them five feet closer to the exit, Devin caught a second arrow from a different assassin. The first one was still waiting. Even the assassins didn’t see their own arrows. As they were within ten feet of leaving, Nessa finally protested.
“Devin, what is going on?” she asked, a bit winded from dancing.
‘Not now. I’m trying to save your life,’ Devin answered silently. Nessa’s eyes went big. She obviously hadn’t considered that she was in danger. ‘Now duck,’ he ordered.
Nessa instantly bent down and pretended to adjust the hem of her dress. Devin held out his empty hand to help her stand back up. She smiled and stood, though there was still hesitation in her eyes. She couldn’t see the arrows in his hand. Devin smiled back, and she relaxed a little. Nessa slipped her hands back to his shoulders, and Devin took the lead again, pulling her toward the exit on the opposite side of the room from their table.
‘Dinner, dance, and then done?’ Devin asked, reiterating that they were done. He didn’t expect any kind of protest, but he had to be sure that they fulfilled the role they were supposed to play.
“I have to tell them I’m leaving,” she replied quietly. Devin spun her again before answering.
Devin reached to grab the fourth arrow, but it turned around midflight and hit the assassin that had shot it. Devin didn’t even wait to see what would happen. The last one he had killed turned visible the moment he died. Devin was sure this one was slightly hidden, but would be found quickly enough. They didn’t have time to wait around for the real chaos to begin. Devin stopped dancing and grabbed Nessa’s hand in his free one to pull her the last few feet to the doorway. Nessa seemed about to protest again as Devin briefly stopped. A man standing by the doorway didn’t even notice them, but Devin knew he was the herald that announced their entrance earlier.
“The queen is tired and retiring to her room. She had a lovely time, please be sure to thank all who attended,” Devin told the man. He didn’t wait for a response, turning back to Nessa.
The herald’s eyes grew wide at being addressed by Devin, and even wider as he noticed Nessa by Devin’s side. He quickly bowed to Nessa before hurrying over to the stairs that lead out of the hall and to the vantage point overlooking the crowd. Devin and Nessa followed behind him. The herald turned to face the court attending the ball, and Devin continued to pull Nessa out of the dancing hall. They didn’t stop to listen to the man. When the assassins finally looked up from their weapons, Devin had Nessa out the door before the herald was finished talking, and before anyone could follow them.
“Devin we’re alone,” Nessa replied, out of breath. Devin pulled her down the hallway. Her dainty sidhe shoes clicked on the stone floor, but Devin didn’t stop.
“For now, but I don’t doubt they will follow. At least the three that were still standing when we left,” Devin commented, pulling her in the direction of her room, the only safe place in the palace since they had let sidhe assassins in.
“Assassins?” Nessa asked, horror lining her face.
“Yes, and unless we get back to your room now they will get another chance. I don’t mind my odds at three to one, but I don’t know if they will even fight me or just go for you. And since you can’t see them, I’d prefer you were somewhere safe,” Devin replied, turning and going down another hallway. “Shit,” Devin said quietly. He was scanning the hallways. Just then, he grabbed Nessa and pulled her with him into one of the lover’s alcoves.
“What?” Nessa asked as her eyes grew big, understanding where they were standing.
‘We need to hide and this was the best I could do,’ Devin replied mentally to Nessa.
He pulled her body up against his as he backed into the small space, and her big billowing skirt hid his day human jeans. Devin stood a good six inches taller than Nessa, and he knew his face had to be hidden also. The fuzzy outline of an assassin appeared down the hallway. Devin didn’t say a word to Nessa before he leaned down and kissed her. 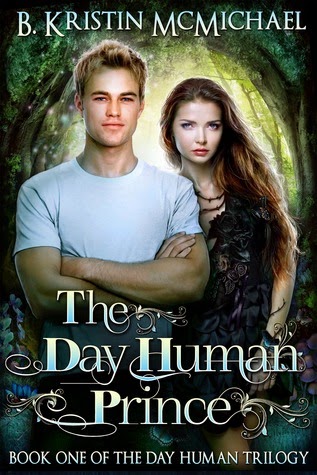 Devin Alexander grew up as the only day human in a world surrounded by night humans who drank blood, sometimes his blood. He spent his life training toward one goal: the protection of one of those blood drinkers, Arianna Grace. But what is he supposed to do when the blue-eyed girl of the legends doesn’t need him anymore? What does his life mean then? How is a guy supposed to move on when the girl he has yearned over for a decade has chosen someone else?Before he can even start to figure out his new life without Arianna, Devin has to deal with another problem. He needs to take care of some unfinished business with a night human he has known for less than a month, but with whom he is magically bound.
Vanessa McKinny has promised that she knows a way to undo the spell she placed on Devin to save his life. Devin would do anything to break the bond to be free of her, even if it means traveling to the sidhe village, a place inhabited by a race of night humans that has not had a day human visitor in more than a hundred years. If he doesn’t want to get stuck, he must work with Nessa to find a way to break the bond. Only then can Devin have time to get back to finding his new goal in life, unless he discovers that his path lies with the sidhe. 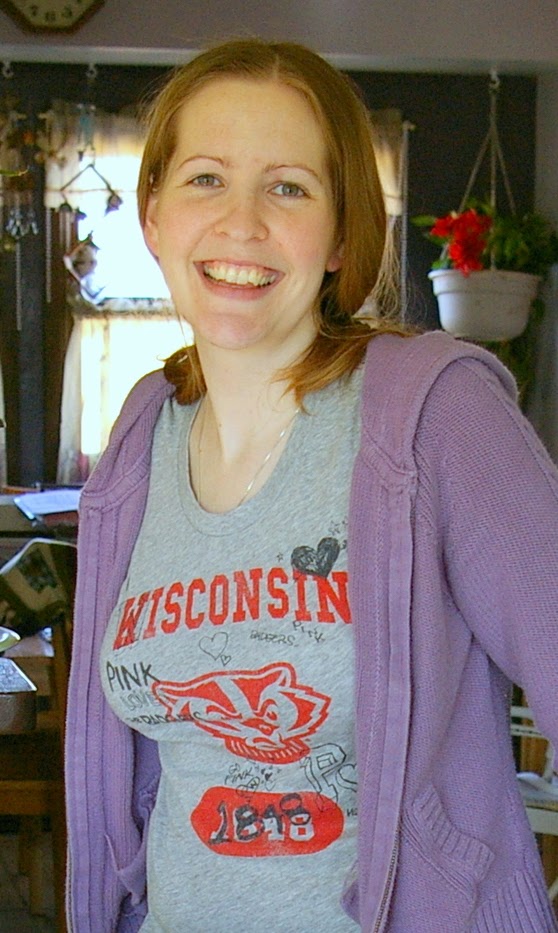 About B. Kristin McMichael

Originally from Wisconsin, B. Kristin currently resides in Ohio with her husband, two small children, and three cats. When not doing the mom thing of chasing kids, baking cookies, and playing outside, she is using her PhD in biology as a scientist. In her free time she is currently hard at work on multiple novels. Every day is a new writing adventure. She is a fan of all YA/NA fantasy and science fiction.