The Tempest Murders by P.M.Terrell 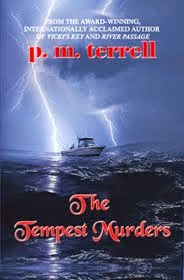 Romantic Suspense
Date Published: September 2013
Detective Ryan O’Clery is working a series of homicides when he discovers a journal kept by an uncle five generations earlier, detailing the same type of murders as the Night of the Big Wind swept the Atlantic Ocean across Ireland in 1839.

As Hurricane Irene barrels toward the North Carolina coastline, Ryan discovers even the killer’s description matches exactly. And as he falls in love with television reporter Cathleen Reilly, he begins to wonder if she is the reincarnation of Caitlyn O’Conor, the woman lost to the killer as the storm raged in Ireland—and if he is the reincarnation of Constable Rian Kelly.

Now he’s in a race to rescue Cathleen before the killer finds her—or is history destined to repeat itself?

A provocative story of a love that spans centuries, of soul mates found, lost and reunited… and the lengths to which one man will go to change their destinies.

One of four finalists in the 2013 USA Best Book Awards, cross-genre category and a nominee for the 2014 International Book Awards

“I know you too well,” Claire said. “You’re wanting the story of Caitlín O’Conor, aren’t you?”
“Who?”
She smiled. “Her name was Caitlín O’Conor. She was supposedly the great love of Ríán Kelly’s life. It was a star-crossed love story. Her father was a prominent man in the village and Ríán was a ‘lowly county inspector’ and though they were deeply in love, her father would not permit Ríán to ask for her hand in marriage.”
He felt his chest tighten and he sipped his coffee to avoid Claire’s piercing eyes.
“The tale is that they sneaked around for years; everybody knew it. Everybody except Caitlín’s father, that is. They were madly in love.” She sighed wistfully.
“What happened?” He kept his eyes on his coffee. “Did she marry someone else?”
“Her father died. Quite unexpectedly. Heart simply stopped. And without him in the way, they were clear to be married.” She brushed non-existent crumbs from the countertop before continuing. “He asked for her hand in marriage on New Year’s Eve. Let’s see, I believe it was 1838. Yes, that’s right. December 31, 1838.”
“How can you be so certain of the date?”
“Because seven days later, Caitlín was dead.”
His head jerked up and he stared into Claire’s eyes. They were as green as the fields of Ireland and now she cocked her head and eyed him curiously.
“He’d gone to Dublin, so the story goes,” she continued slowly.
“Ríán Kelly.”
“Aye. He’d been called away on business. And as Fate would have it, the great flood came while he was gone and Caitlín was swept away. It was January 6, 1839—Epiphany.” Her voice took on a whispered note as though she was telling a ghost story. “There were those in the faith who had forecast the end of the world would occur on January 6, 1839—the day of Epiphany. So when the air grew completely still, so still they could hear the voices of neighbors miles apart, there were some who thought the end was near.”
He waited for her to continue. His cheeks were growing flush and he could feel beads of sweat beginning to pop out across his brow. “What happened then?”
“By nightfall, there were gale force winds. They moved from the western coast of Ireland all the way to Dublin, where Ríán Kelly had traveled. Some said the winds were accompanied by an eerie moan, a rumbling of sorts. But not thunder; it was a sound never heard before nor since. It increased as the winds grew. And then the northern sky turned a shade of red that had never been seen before.
“Well, so the myth goes, Ríán Kelly left Dublin immediately. It was a miracle he made it back to the village at all. He traveled through the night, in the rain and the hail, with the winds all about him. Bridges had been washed away; the wind had been so strong—stronger than anything Ireland had experienced in more than three hundred years—so strong that it whipped the Atlantic into a fury and pushed it all the way across the island. Streams and creeks became raging rivers. Whole villages were wiped out. Even some of the castles were beyond repair.”
He rested his elbows on the counter and put his head in his hands.
“You’re sure you don’t want to lie down, Re? You look as if you might faint.”
“I’m fine,” he said. “What happened when Ríán Kelly reached his village?”
“It was gone. Oh, there were a few buildings still intact. The church, for one. But Caitlín O’Conor’s home had been washed away. There was no sign of Caitlín.”
“So that’s where the story ends, does it?”
“Oh, no. I suppose it’s where it just begins.”

The Tempest Murders by P.M. Terrell
My rating: 4 of 5 stars

First, I would like to thank the author P.M. Terrell for giving me this book for an honest review. I enjoyed reading this book. The story-line is good. The characters are well written and developed. I am looking forward to reading more from P.M. Terrell.

p.m.terrell is the pen name for Patricia McClelland Terrell, the award-winning, internationally acclaimed author of more than twenty books in four genres: contemporary suspense, historical suspense, computer how-to and non-fiction.
Prior to writing full-time, she founded two computer companies in the Washington, DC Metropolitan Area: McClelland Enterprises, Inc. and Continental Software Development Corporation. Among her clients were the Central Intelligence Agency, United States Secret Service, U.S. Information Agency, and Department of Defense. Her specialties were in white collar computer crimes and computer intelligence.
Vicki’s Key was a top five finalist in the 2012 International Book Awards and 2012 USA Book Awards nominee and her historical suspense, River Passage, was a 2010 Best Fiction and Drama Winner. It was determined to be so historically accurate that a copy of the book resides at the Nashville Government Metropolitan Archives in Nashville, Tennessee. The Tempest Murders was one of four finalists in the 2013 USA Best Book Awards, cross-genre category, and a nominee for the 2014 International Book Awards.
She is also the co-founder of The Book ‘Em Foundation, an organization committed to raising public awareness of the correlation between high crime rates and high illiteracy rates. She is the organizer of Book ‘Em North Carolina, an annual event held in Lumberton, North Carolina, to raise funds to increase literacy and reduce crime. For more information on this event and the literacy campaigns funded by it, visit www.bookemnc.org.
She sits on the boards of the Friends of the Robeson County Public Library and the Robeson County Arts Council. She has also served on the boards of Crime Stoppers and Crime Solvers and became the first female president of the Chesterfield County-Colonial Heights Crime Solvers in Virginia.
For more information visit the author’s website at www.pmterrell.com, follow her on Twitter at @pmterrell, her blog at www.pmterrell.blogspot.com, and on Facebook under author.p.m.terrell.
Website
Facebook
Twitter: @pmterrell
Blog

Any Others: http://www.vickisangelfish.blogspot.com (based on the series Black Swamp Mysteries and the CIA operatives’ front as angelfish breeders) and http://www.bookemnc.blogspot.com (p.m.terrell is the founder of Book ‘Em North Carolina) 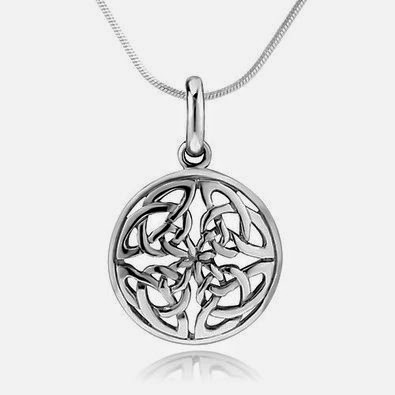