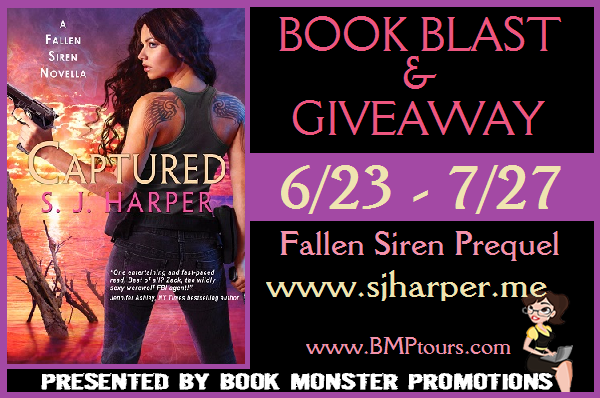 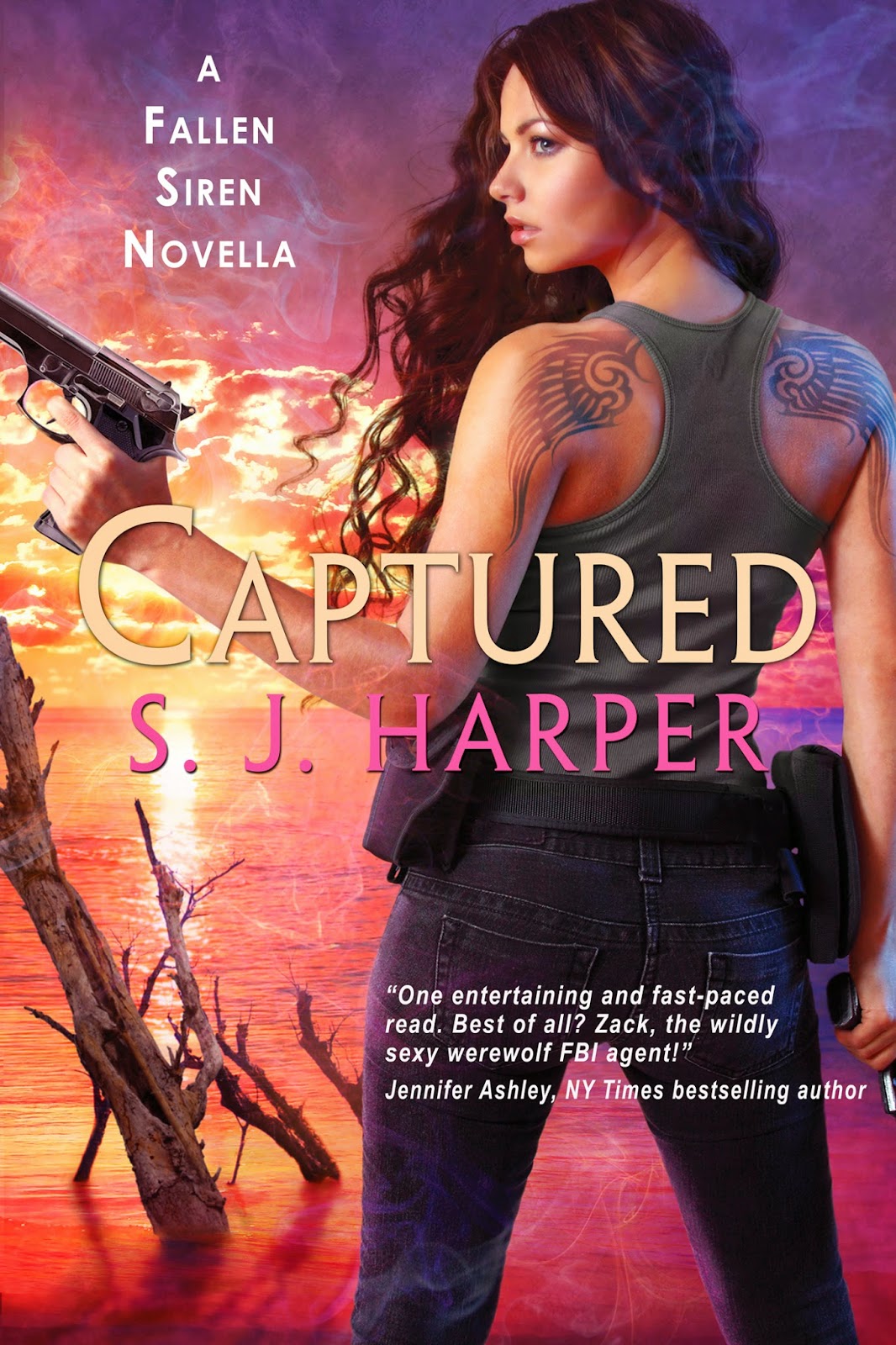 Emma Monroe is a Fallen Siren, cursed by the gods and banished to Earth for her failure to prevent the kidnapping of Persephone. She’s had many names and many lives, but only one mission: redemption. Now she works for the FBI and is on temporary assignment in Charleston. Solving this next missing persons case could be the key to ending her ancient curse—unless the temptation that’s her new partner gets in the way.

Zack Armstrong is a Werewolf. Tall, dark, and dangerous, he currently works for one of the bureau’s elite Child Abduction Rapid Deployment teams. In many respects the man is every bit as mysterious as his secret and perilous past. But there are two things he’s certain about, that he’s going to get his man and his woman.

When Zack finds himself suddenly shy a partner and a third child goes missing in Charleston, Emma goes from consultant to CARD team member in the space of a few hours. The abductions of the first two boys ended in murder, an outcome that neither Zack nor Emma can abide. As they race against time to track down the kidnapper and rescue the latest victim, they find themselves fighting something just as treacherous—a growing attraction that can’t be ignored or denied.

I’m winded. My breathing is heavy. “This looks like a body of water. Could she be heading here to Moccasin Pond?”
“Maybe. There’s another trail that goes down to the beach in about half a mile. Could be she’s heading there. Could be she has no idea where she’s going.” He eyes me. “Are you all right?”
I nod. “Absolutely. Let’s go.”
The next twenty minutes are hard going. The ground is wet and marshy. At one point I stumble and fall, sliding into mud and algae.
“You okay?” asks Zack.
I unzip my jacket and tie it around my waist. “The only thing wounded is my pride.”
We’re at the edge of the pond. I turn just in time to see a gator taking an early morning sunbath slide slowly into the water.
I hear a low whistle. When I turn, Zack is not looking at the gator.
“That’s some tatt,” he says.
I hadn’t anticipated having to rid myself of the windbreaker. The sleeveless top I have on underneath reveals the edges of a pair of wings that covers most of my back. “This is what happens when you date someone who’s into ink, go to Tijuana, and drink way too much tequila,” I tell him. “You should see what he ended up with.”
In truth, there was no boyfriend who was into ink, no Tijuana, no tequila. The tattoo on my back isn’t one I chose. Like so much else, Demeter chose it for me. I was marked the day I was stripped of my real wings, the day I was sent here. Because I don’t see them every day, you might think I’d forget.
I never forget.
Zack lets his eyes drop. “They went this way, toward the beach,” he says, walking ahead and clearing a path.
The Blackhawk is close.
“So, you and this guy still an item?”
“A world of no.” My cell phone rings. The display says it’s Jastrzemski.
“Our pilot’s spotted the suspect. She’s on the beach. The boy is with her. He’s alive. We have agents just east of the Big Pond heading in her direction.”
“We’re closer,” I tell him.
“What?” Jastrzemski’s voice is shrill. “ I thought I told you—”
Zack takes my phone and tosses it into a nearby puddle.
“Oops.”
“Oops?”
He picks it up, tries to turn it on. The screen remains dark. “Water damage is a bitch. Come on, it sounds like she’s on Boneyard Beach.”
I snatch it from him and stuff it in my back pocket. “God damn it!”
I’d say more to express my dissatisfaction, but Zack’s on the move again and unless I want to be left behind, I need to run and catch up. 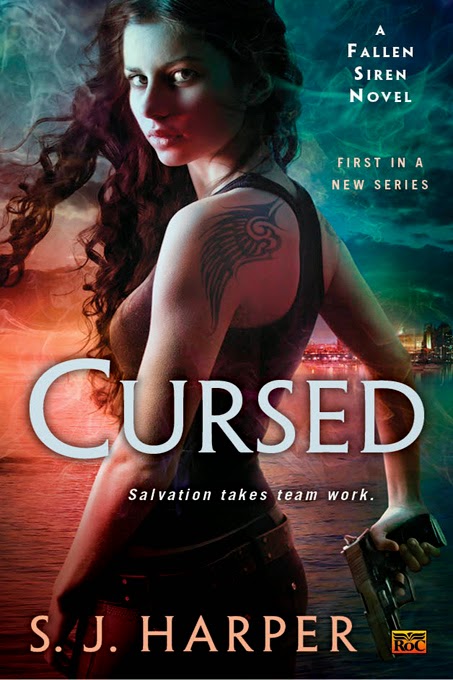 Meet FBI Agents Emma Monroe and Zack Armstrong.
She's cursed. He's damned.
Together, they make one hell of a team.

Emma Monroe is a Siren, cursed by the gods and bound to earth to atone for an ancient failure. She’s had many names and many lives, but only one mission: redemption. Now that she works missing persons cases for the FBI, it could be just a rescue away. Unless her new partner leads her astray.

Special Agent Zack Armstrong just transferred into the San Diego Field Office. He’s a werewolf, doing his best to beat back the demons from his dark and dangerous past. As a former Black Ops sniper, he’s taken enough lives. Now he’s doing penance by saving them.

Emma and Zack’s very first case draws them deep into the realm of the paranormal, and forces them to use their own supernatural abilities. But that leaves each of them vulnerable, and there are lines partners should not cross. As secrets are revealed and more women go missing, one thing becomes clear: as they race to save the victims, Emma and Zack risk losing themselves. 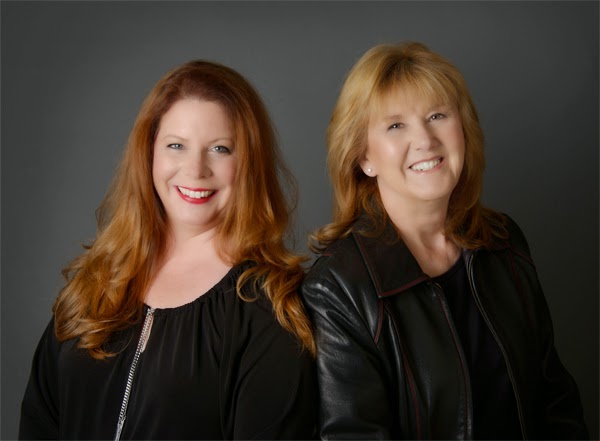 ABOUT THE AUTHORS:
S. J. Harper is the pen name for the writing team of Samantha Sommersby and Jeanne C. Stein, two friends who met at Comic- Con in San Diego and quickly bonded over a mutual love of good wine, edgy urban fantasy, and everything Joss Whedon.

Samantha Sommersby left what she used to call her “real- life” day job in the psychiatric !eld to pursue writing full- time in 2007. She is the author of more than ten novels and novellas including the critically acclaimed Forbidden series. She currently lives with her husband and terrier pup, Olive, in a century- old Southern California Craftsman. Sam happily spends her days immersed in a world where vampires, werewolves, and demons are real, myths, and legends are revered, magic is possible, and love still conquers all.

Jeanne Stein is the national bestselling author of The Anna Strong Vampire Chronicles. She also has numerous short story credits, including most recently the novella Blood Debt from the New York Times bestselling anthology Hexed. Her series has been picked up in three foreign countries and her short stories published in collections here in the U.S. and the U.K. She lives in Denver, Colorado, where she !nds gardening a challenge more daunting than navigating the world of mythical creatures.