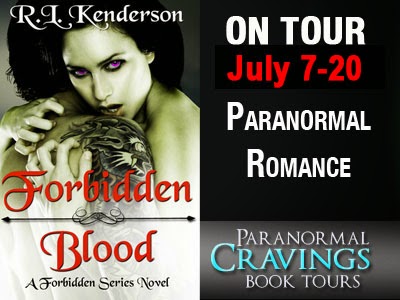 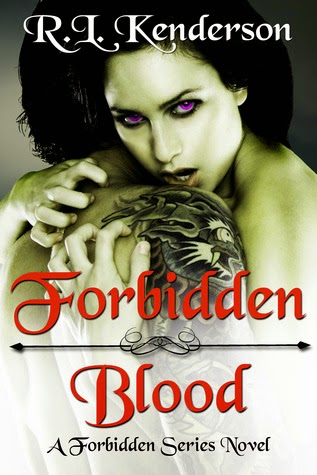 Next in line to lead the vampire species, Princess Naya Kensington has always abided by her royal responsibilities. At the urging of her best friend, Naya breaks the rules and crosses the line when she goes to a human nightclub. Following a chance encounter, Naya alters her life with a singular act forged from lust and blood.

Vaughn Llewelyn has secrets and obligations of his own, but he ignores them when he spots Naya across the nightclub. He wants her in a way he’s never felt before, and although he can’t possibly have more than one night with Naya, he knows no one else will do.

One night of forbidden love creates a bond that will forever change both of their lives…as well as their worlds.

As Naya moved closer, she found a small opening near the corner of the bar. When she reached the counter, it was obvious as to why the space had been empty. Next to her sat a disheveled man perched on a stool. He stank of alcohol and smelled like he was about a week overdue for a shower. He ogled her, making her uncomfortable, but people were swarming the bar around her, so she was unable to put the space she wanted between herself and the dirty drunk.
However, she was sick of people forcing her to do things she didn’t want to do, whether it was consciously or subconsciously on their part. She was going to get a drink, head to the floor, and dance until she started to have fun, even if it killed her. She would not let anyone ruin her plans.
“Hey, baby,” he said as he scooted closer, looking her up and down and almost falling over in the process. Apparently, his intoxicated state wasn’t going to stop him because he next slurred, “You’re hot,” as he swayed into her personal bubble.
She’d had to hold her breath when he spoke since his teeth hadn’t met a toothbrush in some time.
Naya faced forward and ignored him, hoping he would get the hint. While situations like this didn’t happen often, she had learned that silence was sometimes the best policy.
He leaned in closer. “I said, hey, baby.”
This time, she gave him a stern look. “Sir, I am not your baby.” She turned away, praying the straightforward approach would work.
“Wanna come home with me tonight? We can grab a six-pack of beer and screw.”
She gasped. “No!” Gross.
“What? You don’t like beer?” He laughed at his joke and extended his hand to touch her.
She jerked her arm away and lifted her chin with confidence. “I’m here with someone.”
If only it were true.
He called her bluff. “I don’t see anyone with you. Why are you playing hard to get, dollface?”
She groaned. Why won’t he go away?
She took a small step back, irritated that she had to be the one to leave, when she sensed a presence behind her. Even though she couldn’t see the person, she knew immediately that he was big, male, and powerful. But she wasn’t afraid. In fact, a calm sense of relief came over her, and she instinctively recognized he was the one who had been watching her. The deep feelings he’d first stirred in her now flared to life. Anticipation, excitement, arousal, and exhilaration fused into one. Her head was spinning as her nostrils flared, and the lonely place between her legs blazed to life.
From the mirror behind the bar, she caught a glimpse of a virile male before he slipped his arm around her waist and pulled her flush against him, engulfing her body with his own. He kissed her neck and lingered there as if he had the right.
She tilted her head and let him.

R.L. Kenderson is two best friends writing under one name. Renae wrote her first poem in third grade and learned she might have a knack for this writing thing, while Lara remembers sneaking her grandmother’s Harlequin novels when she was probably too young to be reading them and always knew she wanted to write her own.

When they met in college, they bonded over their love of reading and the TV show Charmed. What really spiced up their friendship was when Lara introduced Renae to romance novels, and when they discovered their first vampire romance they knew there would always be a special place in their hearts for paranormal romance. After being unable to find certains storylines and characteristics they wanted to read about in the hundreds of books they consumed, they decided to write their own.

They both live in the Minneapolis/St. Paul area where they’re a sonographer/stay-at-home mom and pharmacist by day and sexy author by night.

Forbidden Blood by R.L. Kenderson
My rating: 5 of 5 stars

First, I would like to thank the author R.L. Kenderson for giving me this book for an honest review. I thoroughly enjoyed this book. The story-line is great, Vampire princess and next in line cat shifter alpha, great combination and I love how this works out for both the main characters. The characters are well developed I can't wait until the next book is finished. R.L. Kenderson has started a new series that I am already in love with from the first book. The world building is great. The secondary characters are well written and this story has you rooting and ready for future books to find out what happens next for many of them.

View all my reviews
Posted by Unknown at 12:05 AM