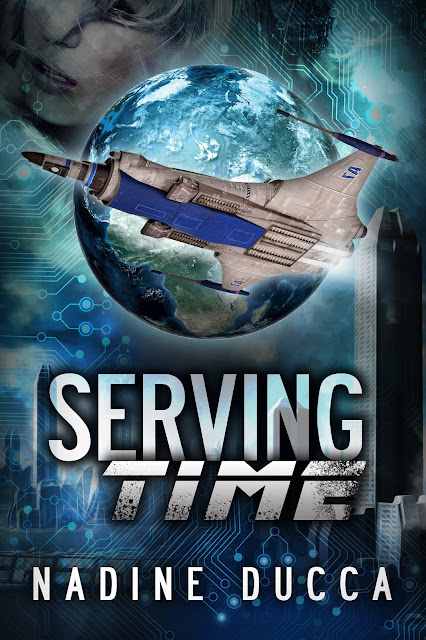 Life and death have been industrialized. The Forge, the birthplace of every soul, is a rumbling factory owned by the goddess Time, managed by Lucifer, and powered by the labor of demons and imps. In this dystopian world, a renegade interplanetary pilot running from his past doesn't stand a chance.

Handling Neptunian meth and dodging security cannons are all in a day’s work for Tristan Cross—not that he's one to complain. Working for the smuggling company StarCorp is an improvement over what he used to do for a living.

However, when StarCorp gives Tristan a one-way ticket into the brainwashed—and disturbingly suicidal—Loyal League, he decides to run from the company and start a new life in the only safe haven he knows: Earth. With the help of his brother, Tristan embarks on the most hazardous journey of his life, one that will place him at Time’s mercy. Little does he know the demons running the universe are craving a feast, and his own soul is the next item on the menu.


Available to buy (tour hosts can add their own affiliate links):
Amazon US
Amazon UK
Smashwords

To celebrate the new cover, you can buy Serving Time at a reduced price. 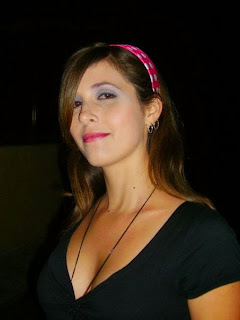 About the Author
When Nadine Ducca was a child, she wanted to be a muppeteer for the Jim Henson Company. Several years later, she found herself far from the Muppets, living in Spain and studying Translation and Interpreting at the Autonomous University of Barcelona. After completing a Master's Degree in Medical Translation, she set her eyes on a PhD, then shrugged, and said, "I need a break from all this studying."
From then on, she decided to dedicate her free time to her greatest passion: writing. She has published several flash fiction pieces in online magazines, although her biggest ambition has always been to write a novel. Serving Time is her debut novel, and more are on the way. Nadine is currently working on her second novel, Making Time.
When she's not giving her characters a hard time (especially Eneld), she's at work coordinating the Cambridge English Language Assessment examinations, and occasionally translating documents or interpreting seminars for the city hall of Granollers, her place of residence.

The super-duper two-way time machine has been created! Where would you like to go first? The future? The past?


I always wanted to visit the future, until I read Tim Powers’s time travel novel “The Anubis Gates.” As he so succinctly points out, we really don’t know if the world will still exist in the next five minutes, so why risk traveling to a time we can’t predict? What if nuclear war wiped out all life? What if the atmosphere has become toxic? What if giant alien slugs have enslaved mankind? No, thanks! I’ll stick to what I know: the past. Medieval times have always appealed to me. However…if I stop to think about it, it probably wouldn’t take me long to do or say something that would get me tried as a witch and burned at the stake!
Posted by Unknown at 2:15 AM