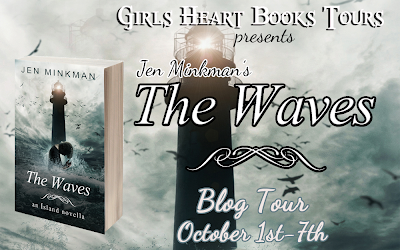 Can you provide us with a short history/bio of each of the main characters?

Walt: lives in Hope Harbor, the town that awaits salvation from across the sea. He has never been away from the island of Tresco, and lately, he’s been wondering if his people are even supposed to leave. He feels like there should be more to life than just waiting for salvation.

Yorrick: Walt’s cousin. He’s the future Bookkeeper of the town and is a few years older than Walt. He dreams of getting off the island and sailing past the horizon to discover what’s waiting for him there.

Alisa: Yorrick’s girlfriend and Walt’s best friend. She may seem superficial at first glance, but deep down she is very passionate about the people she loves and she can’t stand injustice.

Leia: the girl who lives on the other side of the Wall dividing the island in two. She meets Walt and teams up with him to start a revolution and bring their two peoples together. 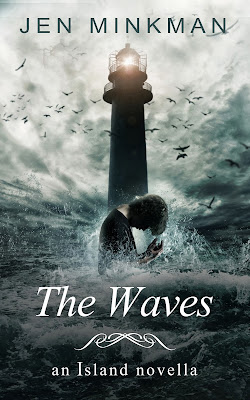 The first memory I have of my grandfather is of a moment that we share together.
I’m sitting on his knee looking out over the harbor. Grandpa is smoking a pipe. He points at the horizon. “Look, Walt. Our ships are out there. And one day, another even more beautiful ship will appear at the horizon. A mighty ship to take us all away. And Annabelle will be at the front deck with open arms, inviting us all to join her on board.”
“Why don’t we sail to her ourselves?” I inquire wide-eyed.
“Because she promised she would come,” granddad replies. “And in that promise we trust. It’s only the Unbelievers who think they can do everything themselves. They have no faith in the Goddess.”

Walt lives in Hope Harbor, an island community that has put its trust in salvation from across the sea. The townspeople wait patiently, build their ships to sail out and welcome the Goddess, and piously visit the temple every week. Horror stories to scare their children are told about the Unbelievers on the other side of Tresco.
But not all is what it seems. Walt has questions that no one can answer, and when his best friend and cousin Yorrick is killed in an accident, he digs deeper to find out the truth about the origins of Hope Harbor’s society… and the secrets of the temple.

Return to the world of The Island and discover what Walt's life was like before and after he met Leia!

THE FIRST memory I have of my grandfather is of a moment that we share together.
I’m sitting on his knee looking out over the harbor. Grandpa is smoking a pipe. He points at the horizon. “Look, Walt. Our ships are out there. And one day, another even more beautiful ship will appear at the horizon. A mighty ship to take us all away.”
“Where to, Grandpa?” I ask curiously.
He remains quiet. “No one knows exactly,” he says at last, “but that doesn’t make it any less fantastic. One day, that ship will come in. And Annabelle will be on the prow with open arms, inviting us all to come on board.”
The Goddess with black hair waving in the wind, as portrayed on the biggest wall of our temple.
“Why don’t we sail to her ourselves?” I want to know.
“Because she promised she would come,” Grandpa replies. “And in that promise we trust. It’s only the Unbelievers who think they can do everything themselves. They have no faith in the Goddess.”

I was only five, but I still clearly remember feeling a cold shiver running through my body after hearing that last remark. Most children in Hope Harbor are scared of the stories their parents tell them about the Unbelievers: if you don’t visit the temple every week, they will get you in your sleep. If you don’t listen to the priests, they will send you out into the wilderness behind the Wall where the Unbelievers dwell, their robes of black and masks of horror a sure sign of their sinfulness. Once they sink their claws into you, there’s not a chance you will ever return.
But that was then.
I know better now – because I’ve been there, and yet I am still alive.

Can you share your idea of the perfect soundtrack for ‘The Waves’ with us?

Since the sea plays such an important part in the Island / Waves universe, I would love to have a maritime-inspired soundtrack to go with it. While writing the books, I was listening to Patrick Wolf’s ‘Wind in the Wires’ and Sting’s ‘The Soul Cages’ a lot, so there have to be songs of their albums on there, especially Sting’s ‘Island of Souls’, ‘The Soul Cages’, ‘The Wild Wild Sea’, ‘When The Angels Fall’ and ‘Why Should I Cry for You’. I would also like to feature Patrick Wolf’s ‘This Weather’ on there, as well as ‘Ghost Song’ and ‘Land’s End’. 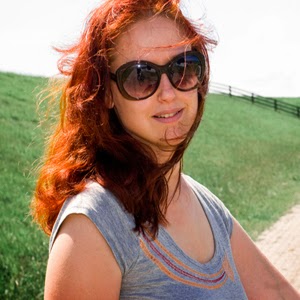 Jen Minkman (1978) was born in Holland, in the town of Alphen aan den Rijn. When she was 19, she moved between The Hague, Salzburg (Austria), Brussels (Belgium) and Cambridge (UK) to complete her studies in intercultural communication. She is currently a teacher of English, career counsellor and teenage coach at a secondary school in Voorburg, Holland. She tries to read at least 100 books a year (and write a few, too!). She is a published author in her own country, and translates her own books from Dutch into English for self-publication.
In her spare time, she plays the piano, the guitar and the violin. For every novel she writes, she creates a soundtrack.

'I have always been drawn to writing. My first book was a sci-fi novel at the age of eight, which I painstakingly typed out on my dad's typewriter and illustrated myself. Nowadays, I stick to poetry, paranormal romance, chick lit and/or fantasy. In my home country, I am the first-ever published writer of paranormal romance, and I will gradually make my books also available in English (seeing I have to re-write and translate the books myself, this will take some time!).

Can you share the playlist you listened to while writing ‘The Waves’ with us?

This may sound like a cop-out, but I actually listened to just one album, which was ‘The Soul Cages’ by Sting. It put me in the exact right mood to write The Waves, so I can recommend listening to it while reading the book. Patrick Wolf’s ‘Wind in the Wires’ was my soundtrack for writing The Island (the first part in the series).