1) How long have  you been writing?

2) Do you have a favorite place to write?

Outside in the woods or on the porch, if I’m handwriting. On the couch, with the TV on low and Twilight movies playing, or in my bed when I’m on my laptop.

3) Why did you decide to write Gemini Rising?

My inspiration was Twilight and the Host but I also wanted to create something that would speak to the younger generation in a healthy way. I wanted to have romance but or the kind that takes over your soul and makes you feel like you’re nothing without each other. Violette and Onyx are crazily attracted to each other but they don’t reek of co-dependency like Edward and Bella. It was just after New Moon had been released and I started thinking about how could supersede vampires and werewolves and come up with an entirely different creature that was faster, stronger, sexier and who’s existence more meaningful.

4) Who is your favorite character in your book and why?

I love Onyx because he is so sweet, yet so mean at the same time. He is constantly at war with himself and struggling with his own conscience. When he feels something, it is extreme. He also has a lot in common with Edward Cullen, my fantasy husband. However, he has a stronger and more pronounced personality.

5) How about your least favorite character?  What makes them less appealing to you?

The Bishop is my least favorite because he is a bully at heart. He just wants power and control and to hell with whoever he hurts in the process of getting it.

6) Do you proofread/edit your own books or do you get someone to do that for you?

I edit and proofread many times and then I send it to my editor. I know she will slice and dice it anyway she sees fit, but I try to save her some of the headache. Apparently I can be a little too “wordy” sometimes. Imagine that!

7) What do you like to do when you’re not writing?

I like to read, run, exercise, eat, sleep, take baths, chill with my teenager and I am also a movie junkie in the winter.

8) Do you read much and if so who are your favorite authors?

I guess my all-time favorite has to be Stephen King. He is the one that can take me through the spectrum of emotions the fastest and most consistently. Fear, anger, sadness, he can hit them all. He really expands my imagination as well and the pictures he can paint in my mind are  so vivid!

9) What question do you wish that someone would ask about your book, but nobody has? Write it out here, then answer it.

Boy, this is a hard one… here goes- “Why doesn’t mother earth just wipe out the human race by herself? Why does she need the Gemini at all?”

I’m prepared for this one… “Because she is slightly sadistic and being able to avenge her destruction by forcing us to kill our own kind is her idea of perfect retribution and revenge. If you were attacked and tortured for thousands of years, would you want to go easy on your captors and just kill them, or would you want them to suffer a little first?” A personal choice for sure! 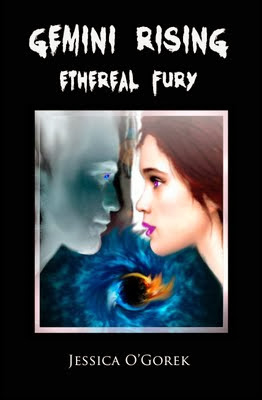 Angry at the human race and its methodical destruction of her resources, Mother Earth recruits souls who have just left their bodies to serve Her, and turns them against humanity. A powerful, rising force proceeds to carry out Mother Nature’s plan to systematically destroy towns, cities, states… and eventually, the world. Amidst the chaos, a forbidden relationship between a human girl, Violette, and Onyx, a lead Gemini, begins. They will both find themselves in the middle of a revolutionary war that will either save, or destroy our world.

Onyx floated near the window of Violette’s room. He observed her sleeping face. The new scratches on her cheeks and dirt under her nails were a painful reminder of the mess he’d made. Everything had gone smoothly until he’d been unable to resist a little touch. He’d just wanted to feel her before he ruined the one chance he would ever have to get close to her. He had planned on taking over Slate long enough to proclaim his love for Eleanor and thereby ruining the boy’s hold on Violette’s heart. A nasty plan, but better than having to live with the thought of Slate having her to himself.
He never thought his reaction would be so explosive. Her hand had been so soft, warm, and the look in her eyes was liquid desire. When he’d led her up on her knees, his craving to be touched by her had overwhelmed him. It was like giving into a carnal sin, allowing a human to have power over him. For any human to get this close to a Gemini, in a peaceful fashion, was unheard of. A shameful need had begun to work its way into his psyche. The fire leapt out of control and turned into an incredible rage, a rage so whole and powerful, he had been consumed with Slate’s human adrenaline when he had attacked her. How could this lovely, weak little creature have such an influence over him? He considered this longing to be an inadequacy within himself, one that he could not conquer. He was then determined to kill both her and Slate. He had lost his temper. Never before had he felt he would wither away if he didn’t take a soul. He’d always been able to pick and choose his victims, but Violette had unknowingly chosen him. The thought of facing Tork with this information drove him to the grim conclusion that he had no choice.
Looking down at her now and how peacefully she slept, he was so very glad Slate had broken free long enough to chase her away. She did not deserve the fate he would’ve given her. His guilt was eating at him now. He had to destroy this place, but he was not sure he could leave her to perish. Frustrated, he sank to the cot beside her and laid his head down on her belly. She slept soundly, oblivious to his silent apology. If he stayed away from her, he could not hurt her. So he would follow Slate and learn where his strength to fight him off stemmed from.
"Sleep, little one," he whispered, and sank through the floor, on his way to the cellar. 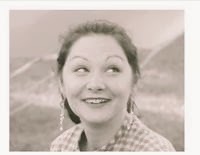 I was born in Chesapeake, Virginia on April 19th, 1979. I was raised within the American Indian religion and was taught great respect for the earth and all its living beings. Powwows, sweat lodges, vision quests, you name it, I’ve done it. I was the weird kid who would confront kids on the playground in elementary school when they squished a bug. I would very sincerely tell them what they were doing was morally wrong and then I would pray for the bug to come back as a butterfly in its next life.

I grew up admiring my father, Barry Weinstock, as an author. He took me around the country to different places so he could research and write his Wilderness Survival books. One of his greatest works, “The Path of Power,” was written with a great medicine man, Sunbear. When I was twelve I started
hand writing novels. My first one was two thousand pages. My dad always encouraged me and would rave about my writing. He gave me the confidence I needed to keep writing and follow my dream. My daughter, who is twelve, is currently working on her first novel. I hope to continue the legacy.

BUY LINKS
Amazon
Barnes and Noble
Posted by Unknown at 12:05 AM