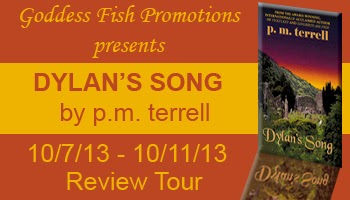 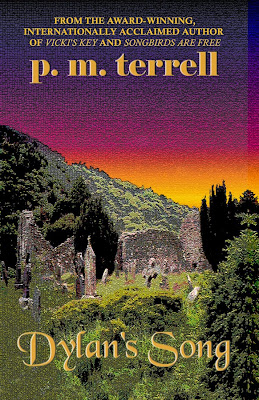 Dylan Maguire returns to his native Ireland with psychic spy Vicki Boyd. Their mission: to locate and extract a CIA Agent who disappeared in Dublin while on the trail of a known terrorist. But when Dylan receives word that his grandmother is dying, he is plunged into a past he thought he’d left behind forever. His mission and the dark secrets he’d sought to keep hidden begin to merge into an underworld that could cost him his life. He must now confront his past demons and the real reason he left Ireland—while Vicki harbors a secret of her own.

Suspense Magazine says, “p.m.terrell’s writing is powerfully written and masterfully suspenseful; you have to hang on for the ride of your life.” Midwest Book Review says the Black Swamp Mysteries series is “page-turning action, unforgettable characters, breathtaking descriptions and unexpected plot twists.” And syndicated reviewer Marcia Freespirit says the series is “riveting, spell-binding, sexy and intense!”

It was a teeny room that was crammed full with only a double bed and a dresser. There were scant possessions; a mirror and hairbrush lay on the dresser beside two photographs of Dylan and his grandmother. There were no other people in any of the pictures and Vicki wanted to ask what had happened to his mother; why she didn’t appear in any of the photographs; and why there were no pictures of his grandfather.

Dylan leaned forward and gently tapped his grandmother’s shoulder. “Mam,” he said with a strange mixture of excitement and sorrow, “It’s me, Mick. I’ve come from America to see me best girl.”
The woman stirred, slowly at first. Her eyes opened and settled on the wall opposite her.

“I’ve come a long way to talk to ya, Mam,” Dylan chided gently. “Are ya gonna sleep the visit away?”

“Aye,” he said, a broad smile spreading across his face.

She turned around to examine him. “Me Mickey,” she said, drawing her hands up to his face. He leaned in farther and kissed her on both cheeks. She didn’t seem to want him out of her grasp but when her hands slipped tiredly, he sat carefully on the mattress beside her and drew her hands into his lap.

She stared at him with intensely blue eyes. Her face was completely unlined and if it wasn’t for the translucent tone, she might have been forty years old. Her hair was very long, very thin and as white as snow. She grasped his hands with long, slender fingers that clearly showed her blue veins. “Now wouldn’t you be just the bee’s knees for these old eyes o’ mine? You always would be knowin’ how to buck up this old gal’s spirits.”

He reached across her narrow bed to retrieve the brush from the dresser. “You remember how I always loved to brush your hair?” he asked as he began brushing the long strands. He worked slowly, smoothing the hairs as he brushed so he didn’t pull on her scalp.

Before she could answer, Dylan spoke. His voice was full of barely contained excitement. “I brought me girlfriend all the way from America to meet ya,” he said.

“Your girlfriend,” she said, smiling. Her entire face beamed when she smiled; her eyes became the same half-moon shape as Dylan’s and her nose crinkled. Lines that hadn’t been visible before now stretched from the outer corners of her eyes, further accentuating her good humor.

“I’m Vicki,” she said, leaning forward to rest her hand on the old woman’s arm.

“You’re the reason his smile is back,” she said.

Vicki glanced at Dylan, who was watching his grandmother with a gentle smile.

“Mickey is a good boy,” she said. “He’s always been a good boy. Don’t be allowin’ him to tell you otherwise.”

“You have the gift,” she went on, still eying Vicki.

She pointed one long finger at Vicki. “The veil is thin in Ireland.” 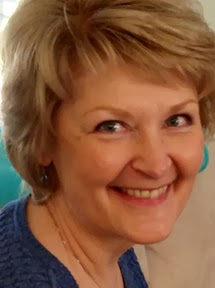 p.m.terrell is the award-winning, internationally acclaimed author of more than 16 books. Vicki's Key, one of the first books in the Black Swamp Mysteries series, was one of five finalists in the 2012 International Book Awards (Mystery/Suspense) and 2012 USA Best Book Awards (Mystery/Suspense.) River Passage, an historical work based on her ancestor's migration to Fort Nashborough in 1779-1780, won the 2010 Best Fiction & Drama Award. The Nashville (TN) Metropolitan Government Archives determined it to be so historically accurate that they entered the original manuscript into their Archives for future researchers and historians.
Prior to becoming a full-time author in 2002, terrell founded and operated two computer companies in the Washington, DC area. Her clients included the United States Secret Service, CIA, Department of Defense and federal and local law enforcement. Her specialty is in the areas of computer crime and computer intelligence. Her experience in these areas have greatly influenced her books' plots.
She is the co-founder of The Book 'Em Foundation, whose slogan is "Buy a Book and Stop a Crook" and whose mission is to raise awareness of the link between high crime rates and high illiteracy rates. She founded Book 'Em North Carolina Writers Conference and Book Fair, an annual event to raise money to increase literacy and reduce crime.
For more information on Book 'Em North Carolina, visit www.bookemnc.org and www.bookemnc.blogspot.com.
p.m.terrell's website is www.pmterrell.com and her blog is www.pmterrell.blogspot.com.
She can be found on Twitter @pmterrell
On Facebook at https://www.facebook.com/author.p.m.terrell and https://www.facebook.com/pages/pmterrell/129318810431554.

First, I want to thank the author P.M. Terrell for giving me this book for an honest review. I enjoyed this book, the suspence and mystery keeps you hanging on waiting to find out what happens next. The plot is good, the characters are very well developed. I love reading about these characters and look forward to reading more from P.M. Terrell and the Black Swamp Mysteries. Love the added southern charm.