Jocelyn Stover's A Step Away VBT

“Time…such a cruel mistress of fate. What we do with ours can either enrich our lives or destroy them, and we mortals never seem to have enough. The right time, our time, was too little and over much too quickly.”

When Gwen turns her back on a set of smoldering amber eyes in favor of a crystal blue pair, her plan is to sever all ties with the Wanderers. Her goodbye is short lived; however, when the investigation into Preston-Ward Pharmaceuticals reveals a powerful sylph has escaped. When Gwen is drawn back into the Wanderer brotherhood for her own protection she discovers she can no longer bury her feelings for Kade or ignore the growing gulf between her and Ben. As the unrelenting hunt for their ancient enemy heats up, Gwen’s attempt to straddle two worlds becomes tedious. She must choose, but when nephilim mysteriously begin to disappear her time may be up. 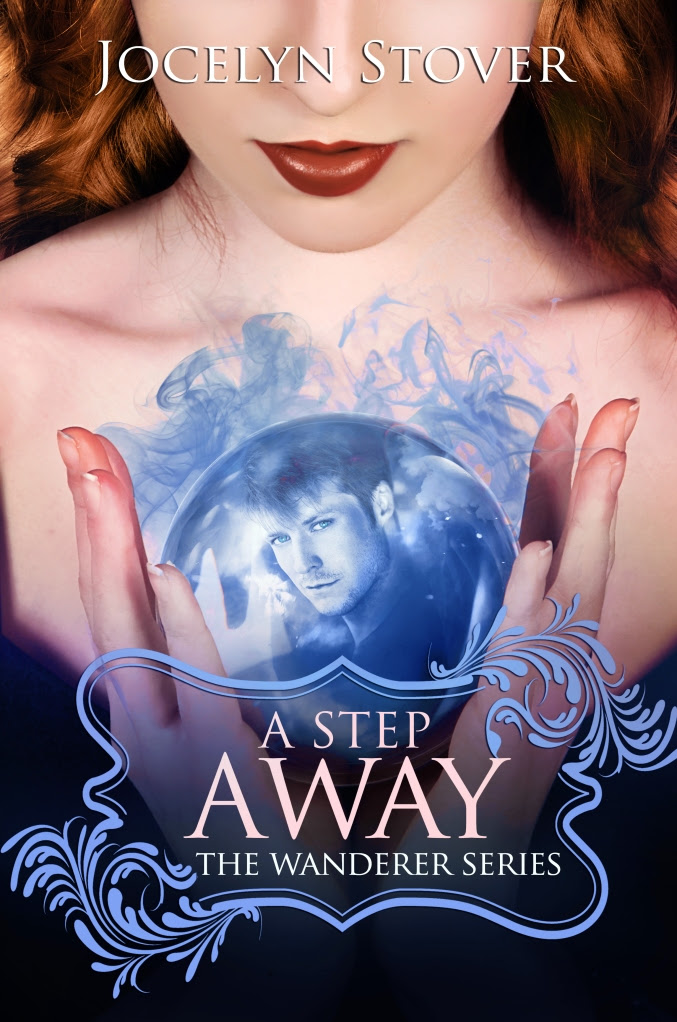 A Step Away
Wanderer Series #2
by Jocelyn Stover
Expected Release Date: October 4, 2013
A Step Away on Goodreads

A brutal wind whips his face, and the exposed rock upon which he stands provides no protection from the harsh desert climate. It’s no matter; the elements are nothing more than a trifle annoyance. With that thought, Himyar cocoons himself in an invisible shield that keeps the swirling sandstorm at bay.  Removing a silk scarf from around his nose and mouth he continues his survey of the canyon below. The souls of his brothers cry out to him, he can feel their essence and their energy in his blood. They are close, almost within his grasp. Himyar remains cautious though, not wanting to risk discovery by the Wanderers just yet. All magic leaves a residue and the ground below him is littered with theirs. When he deems it safe, slowly he descends from his perch with his highly tuned senses alert for the slightest sign of movement.
After centuries of enslavement escape was bittersweet. Himyar’s brief periods outside of his sphere had not prepared him for this world, and he’d had to spend the last few months educating himself and adapting to his new environment before making this pilgrimage. He was returning to where it all began - a hidden canyon in the Arabian Desert bordering a place they now call Jordan. This trip down memory lane is a first for Himyar, who has not been back since the original sealing. Clenching his fists he tries to suppress the angry wave that rolls down his body elicited by the memory of those self -righteous angels. But no matter, what’s done is done Himyar reminds himself as the black-eyed rage subsides slightly. The future is what matters now.
His senses had led him to this place of sand and rock: a valley he'd never intended to stalk through again.  He is attracted by the pull of his brethren through an unexplainable tie all Sylph share. Approaching the mouth of the largest cave in the ravine, Himyar becomes giddy with anticipation, and his anger is temporarily forgotten. They are inside, he can feel them. Not being a fool, Himyar hesitates at the cavern’s entrance, well aware that the Wanderers will be alerted to his arrival the moment he steps inside. Closing his eyes a moment he reaches out with his mind, casting about for the strange consciousness that is unique to the Wanderers. Finding nothing, Himyar’s eyes snap open and he grins, fully convinced the Wanderers aren't here. It goes without saying that the place will be booby trapped, but in order to bring about the glorious future Himyar has dreamt about he needs to free the others. To accomplish that dream he must find them first. Wicked mirth lights his face at the knowledge that a large majority of Sylph lay just inside. By now the Wanderers know Himyar has escaped his prison and is loose in the world, and an opportunity like this might never present itself again. With confident resolution Himyar follows his gut into the cave in search of his brothers, hoping time has made the Wanderers sloppy.
*  *  *
Bleep, bleep, bleep. A monitor chimes loudly in the command center of the Wanderers’ Utah facility. Cracking his neck, Basal runs a hand over his face, attempting to wipe away his exhaustion. He rolls his chair across the floor, silencing the alarm with a few simple key strokes and then brings a live video feed up on the main screen. Someone has gained access to Essam and tripped the motion sensors in The Vault of Souls. "Looks like he swallowed the bait," Bass reflects out loud as the face of Himyar greets him on the display. From the safety of his seat in Utah, Bass watches while a very irate Himyar gazes around the empty cavern seemingly stunned. As he stifles a laugh over what is most certainly not a funny situation, Basal witnesses the fit of fury that seizes Himyar. Staring straight at the camera he mouths something unintelligible seconds before bursting into flameless fire and fleeing the vicinity.
"That went about as well as could be expected," Basal mumbles as a chill threads its way up his spine. Quickly saving the feed he then pulls his cell phone from his pocket and calls Adil.
"It's happened."

PREVIOUS TITLES IN THE SERIES

Gwen Cohen has aspired her whole life to reach her current position of project manager at Preston-Ward Pharmaceuticals, but when she stumbles upon a dirty little secret everything changes. As she struggles with the reality of evil and her own powerful legacy, she gets pulled farther from the world she knows and closer to the one she can’t deny. Eyes finally open, Gwen struggles to unlock the dormant magic within herself before it’s too late. The lines between love and desire, and duty and commitment become exceedingly blurred and the ultimate choice to be made may not be between right and wrong but the head and the heart. 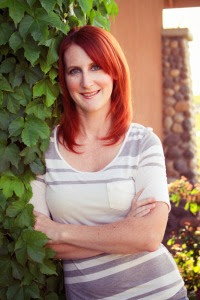 I'm a thoughtful, sarcastic, work-o-holic, mother of four. I must thrive on chaos because I've certainly built enough of it into my life already! I write during the stolen mintures of the day when the children are in bed or at school. When I'm not writing you can find me up to no good with my kiddos, or outside soaking up the sunshine. AUTHOR LINKS WEBSITE/BLOG TWITTER FACEBOOK GOODREADS