Can you share the playlist you listened to while writing ‘Surrender’ with us?

Once again we’re really digging deep because Surrender was finished in 2009, then rewritten once in 2010, and again in 2011 and was then edited a lot and in 2012 I added some deleted scenes, illustrations, a map, and an alternate ending (for fun)

I listened to this song on repeat while finishing the first draft of the last part of Surrender. I’m always about the lyrics and the cadence of a song, this one had what I needed to finish the book.

Again, I was looking for songs at the time that could help me plow into the emotions of my characters. So this song was great for that.

All time favorite Indie Rock Duo. I love their older stuff because of how raw and original it was.

I suppose the whole Twilight Soundtrack was being played around this time but the songs on this soundtrack were amazing because of the Indie Rock quality to them and the fact that the movie was considered an Indie Film so really just a great time for this to come out for me.

I loved this girl when she was on American Idol because damn could she sing. So of course I downloaded her songs and made constant patronage to them while writing. 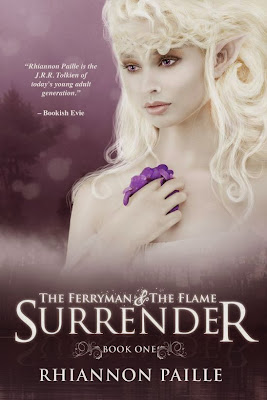 How far would you go to save everything you ever loved?

Kaliel was warned about her love for the Ferryman. One day he will marry the land and leave Avristar forever. She doesn't listen, and because of what she is-- a Flame-- one of nine apocalyptic weapons, she sparks a war. In a desperate attempt to save her home and her love, Kaliel tries to awaken Avred, not knowing she may have to make the ultimate sacrifice.

She flushed with fear as she tried to stay calm and still. There was a splash behind her and her heart did a double jump. She clenched her fists together and gritted her teeth. She trembled to the bone and her mouth threatened to erupt in a succession of screams. She held her lips together and stifled the faint whines in the back of her throat. A sharp strike of flint sounded against the stone, and she cringed as she turned to witness the foe.
En guyen naha lin sanse.
Kaliel understood it this time. The Flame inside of her struggled with all of its might to emerge. As she closed her eyes, it rushed out of her. She took a sharp breath as she looked at the people in the cell. There was a body on fire next to the girl now, flames smoking out of his form as the foul smell grew thicker.
The one with rosy pink eyes stared at her and the meaning of the words flooded her mind. Run. Hide. He will take your soul.
The foe didn’t seek to kill the Flames, he sought to possess them. Kaliel felt sick to her stomach as she fought to bring herself out of the dream, back to reality, back to the place where she could find Krishani, warn Mallorn, tell the elders everything she had seen. She tried to close her eyes, but she felt like they were fused open as the foe crouched beside the girl and presented a tiny crystal clear orb. She watched as the pink essence from the girl’s eyes flowed into the orb, turning it into milky pink vapors. The foe stood as the girl slumped to the side, dead.
Desperate, Kaliel tried to back away, but the foe turned his gaze towards the darkened tunnel. His white-lightning eyes sparked, making contact with her amethyst enflamed ones until everything fell away into awful blackness. 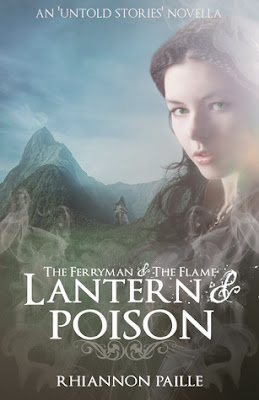 This is SURRENDER from the villain's POV.

Hadwen is no more. The Daed have no choice but to travel to Avrigost to awaken Crestaos. They're thrown into a whirlwind quest for the Flames, not knowing how ruthless and sadistic Crestaos can be.

Can you share the playlist you listened to while writing ‘Lantern & Poison’ with us?

Lantern & Poison was written around the same time as Surrender, then was extracted from the original novel and so trying to come up with a playlist for this novella alone is really hard! I’m flipping through songs I used to listen to around 2006 - 2009 when it was written and here’s what I got!

Emma Shapplin’s entire Greatest Hits Album was something I was listening to a lot during this time. The haunting vocals, the dark tones to the music really pulled me in.

One of the classic Celtic bands out there and if you haven’t heard this song you need to. I found this song in high school when our modern dance teacher played it in class. Years later I managed to find the song again, so it was definitely inspiration for me.

3. Heavy in your arms - Florence and the Machine

The first Florence Welch song I fell in love with. I have since listened to alot of Florence for inspiration. 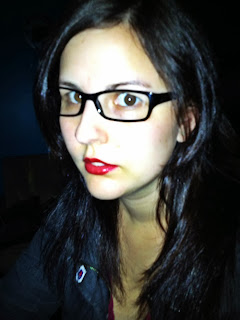 Rhiannon is an up and coming Indie Author that writes Young Adult Fantasy books and some non fiction. She has a PhD in Metaphysical Science and Parapsychology. When she’s not writing books she’s reading minds, singing karaoke, burning dinner and sipping iced cappuccino despite her allergy to coffee. Some day she’d like to own a unicorn—as long as it doesn’t eat her. She's sold over 25,000 copies of her books worldwide.

Giveaway-
Author is giving away a signed paperback set of “Surrender”, “Justice” and “Vulture”, along with a Print Package. Open to US only. (This is 2 separate prizes)

a Rafflecopter giveaway
Posted by Unknown at 1:00 AM