VBT - A Shot in the Dark by Jennifer Burrows with Interview

My name is Jennifer Burrows.  I typically go be Jen.  I am married to my husband Craig and we have three boys Trever, Conner, and Jakey.  We live in sunny San Diego.  We have two dogs (Riley and Daisy), a desert tortoise (Yortoise), and too many fish to count.  We have a house in Mammoth Lakes, California.  We snowboard during the winter and hike during the summer.

I’ve been writing all of my life.  But, I just started working on writing novels about two years ago.

I have an office in my home.  I typically write there while my dogs nap on the futon in the room.  Their snores help with my concentration.  When I’m in Mammoth, I enjoy sitting on my sofa and looking out the window at the snowfall as I write.  It’s very peaceful and relaxing.

For years, I’ve been telling my co-workers I was going to write a book.  I had so many stories in my head but never the time to get them down on paper.  Last November, I quit my job so I could stay home with my kiddos.  I needed something to do in which I felt good at.  So, I wrote my first novel.  And I thought it was only appropriate to incorporate my nursing career into the story line.  You write what you know.

My favorite character is Skyler.  His personality reminds me a lot of my oldest son.  Skyler is so witty and jovial.  He makes me smile.

6)      How about your least favorite character? What makes them less appealing to you?

My least favorite character is Skyler’s dad.  I won’t say more about this because I don’t want to ruin any surprises.  Let’s just say he is evil to the core.

I do proofread and edit.  I always go back through after I am done writing the story and edit it.  Then, I start handing it off to others for proofreading and editing.

I love going to the gym, kickboxing, snowboarding, running, hiking and pretty much anything outdoors.  It gets the juices flowing and it allows me to clear my mind.

I read a ton.  Some of my favorite authors as of late are Jamie McGuire, C.M Stunich, Samantha Young, Tarryn Fisher, Tiffany Reisez, Kylie Scott, and Aleatha Romig.

Yes!  I read naughty novels all of the time.  I’m not embarrassed about reading them and I can certainly write them.  But, when you know your parents are going to read what you wrote, it’s totally unnerving.  My dad was blown away to say the least. 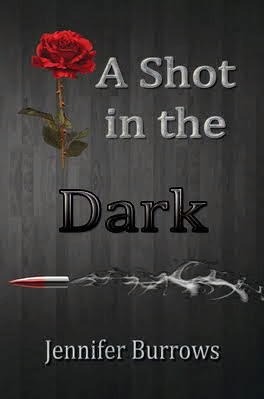 A Shot in the Dark by Jennifer Burrows
Romantic Thriller
Date Published: 7/11/2013

Most of the patients that are brought to the trauma bay in the ER remain nameless, and for the most part, faceless.  For Laney Pearson and the rest of the staff, this makes it easier to move past the senseless death and destruction that they see on an almost daily basis.  But all of that changes for Laney when she finds herself trying to pump the life back into a young motorcycle rider who arrives by helicopter more dead than alive.
Skyler Smith has all the makings of the next great motocross rider, right up until he crashes while trying to perform the trick that will secure his future.  From the time his motionless body is lifted off the track, the question becomes not when his next race takes place, but whether he will live to see another day.  And now there is mounting evidence that the tragedy was no accident
Laney can never envision this boy’s crash and the ensuing investigation will have such an impact on her own life, but in the days that follow, she discovers a life within her she never knew existed.  While the police sort through the mounting evidence from the crash, Laney has to sort through her own feelings for the handsome trauma surgeon that she previously never gave a second thought.  Is he really as charming as he seems, or is there another reality hiding beneath the surface?  And just how long has he been watching her? 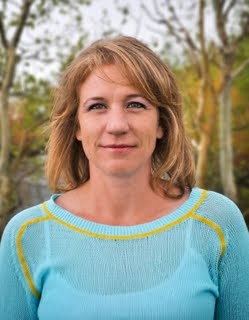 Jennifer is a Registered Nurse, and she holds a Master’s degree in Nursing Administration.  She has 15 years of experience working in the Emergency Room and the Intensive Care Unit of a major trauma center.  While she is equally adept at all facets of patient care, Emergency room nursing is her passion, and is the inspiration for this story.  Currently, she resides in Southern California with her husband and their three amazing boys.  This is her first published novel, with the sequel expected soon.

BUY LINKS
Amazon
Barnes and Noble
Posted by Unknown at 12:15 AM