Too Sexy for His Stetson by Mal Olson Blog Barrage

Anguished over his father's lack of morals, Deputy Blade Beringer struggles to conquer self-doubts. When he and his K9 partner Rambo arrive in the mountains of northern Idaho, Blade is faced with a band of white supremacists, a homicide investigation, and a murder cold case, not to mention the task of training a gorgeous blond rookie.

Trainee Brandy Wilcox is bent on clearing her mother's name of a wrongful murder conviction. While working the homicide investigation with her sexy new training officer, she discovers a connection between the victim and her mother's case. The two deputies struggle to resist their mutual attraction and abide by the no-fraternizing rules, but passion blazes and teeters on the brink of love. With a killer targeting them and danger lurking at every turn, Brandy doubts their love can blossom, especially when she puts Officer Skip Coogan—Blade's best friend and father figure—at the top of her suspect list.

Warning: This title is intended for readers over the age of 18 as it contains adult sexual situations and/or adult language, and may be considered offensive to some readers.

Blade could tell from the look on Brandy’s face that she was appropriately impressed with his choice of restaurants when they pulled up to the Thunder Mountain Lodge. He could also see thoughts spinning in her head. She would balk over the expense and would insist on splitting the bill, and he knew she couldn’t afford it.

“It’s your birthday, Brandy. This is on me, and it wouldn’t be ladylike to argue about it. Besides, you can’t disobey a direct order from your FTO.”

After they were seated and studied the menu, Blade said, “I think I’ll have the prime rib. Order anything you want.” He couldn’t keep his eyes off her, the epitome of femininity, wearing his favorite dress, the shiny concoction she’d worn to Skip’s honorary dinner.

“Oh, I forgot something in the car.” He pushed away from the table. “I’ll be right back.”

When he returned with the two packages, her eyes sparkled with amazement.

“It’s nothing really, but a woman’s got to have a couple of packages on her twenty-second birthday.”

His heart back-flipped. Another suspicion confirmed.

“They’re wrapped so beautifully. It’s a shame to open them.” She fingered the frilly bow the clerk at the department store had attached to the foil paper. “Why two packages?”

“One’s from me and one’s from Rambo.”

She laughed and carefully slid the ribbon aside on the flat square box. The sparkle in her eyes turned his insides to mush.

He’d wanted to get her something really nice, extravagant, personal. But then he would have been a presumptuous SOB—or so she would have thought. Which, of course, would have pretty much been on target, although he was honestly trying his damnedest to control his attraction to her.

Attraction? It was so much more. She wasn’t just some fling. She was... Brandy. Someone he cared about. And that thought scared him.

So he was determined to keep things platonic.

She peeled away the paper and beamed at him. “Hot damn, how did you know I’m in love with a geezer? Bon Jovi—a four CD set.” She pulled out the song list. “I think I fell for him when I was in my mother’s womb.”

Blade laughed at the geezer reference, but his stomach twinged at I’m in love. “I took a wild guess because of the T-shirt you had on the other day. My other option was Gretchen Wilson’s Redneck Woman album. But I thought better of it.”

The grin she shot back tugged at his resolve. Tempting... so tempting. But breaking down her defenses was not what he’d set out to accomplish.

“Thank you. This is really thoughtful of you.”

“You’re welcome.” He slid the other box closer. “Rambo couldn’t make it tonight, but he sends his best.” After all his debating, even though he was stretching it, he’d decided Rambo could get away with giving her a more personal gift, one he shouldn’t.

Her hands shook as she slowly made a production of unwrapping the second package. When her fingers settled on the box beneath the delicate foil paper, Blade wished he’d brought a camera. Her eyes glistened, and she sat spellbound for a full minute, then a single teardrop rolled down her cheek. Her voice cracked. “Blade... Tendre Amour. You remembered.”

Shaking her head, she put on a determined look. “I know how much this stuff costs. I can’t—”

“You’ll have to talk to Rambo. It was totally his idea.”

“I can’t, Blade.” She rubbed her thumb over the plastic wrap that sealed the box. “I have to confess, I’ve never been able to afford—I mean, I’ve never gotten around to actually purchasing Tendre Amour. But it’s my favorite.”

He suspected she never splurged on anything expensive for herself no matter how much she wanted it.

“Happy birthday, Rookie. You deserve it.”

“Shhh. You have to keep it or Rambo will be heartbroken.”

She closed her eyes and swallowed. “I feel like I’m dreaming.”

Blade took in a whiff of oxygen, and a bubble of happiness parked beneath his rib cage.

“And how am I going to thank Rambo?”

“A few thousand grooming sessions with his favorite brush would work.”

She reached across the table and took his hand, slid her index finger over his knuckles, and touched him with her warmth. Tugging his hand, she brought his fingers to her cheek, her damp cheek.

If that didn’t prick his heart, nothing ever would. Then she uncurled his fingers and placed the softest, most sensual kiss he could imagine against his palm.

Part of him shouted, hurray for Tendre Amour. But, hell, this was exactly why he’d taken her to a public place for dinner. If they were anywhere more private, he would have been way too tempted to take things further, and the last thing he wanted was to make her feel like she owed him.

But he could dream. If they lived in another world and his fantasies could come true, he’d want her to make love with him for one reason and one reason only—because she was as burning hot for him as he was for her, not because she felt like she owed him.

So who was he kidding?

He knew she wanted what he wanted just as much as he did, even if neither of them could act on it. The heat was there. Blue-fire lust. It hung in the air like nitroglycerin waiting to explode. But they could never light the fuse. 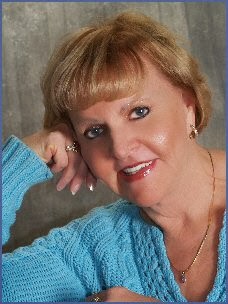 Award winning author, Mal Olson, writes adrenaline kicked romantic suspense. She enjoys skydiving, ski jumping, SCUBA, hang gliding, big wave surfing, car racing, mountain climbing—that is, vicariously through her characters, who are always kick-ass, and often boss her around rather than allowing her to spin her stories the way she intends. (She did, however, personally engage in zip lining this past summer.)

Her debut novel Shadow of Deceit , released by The Wild Rose Press in 2012, is an edge of the seat romantic suspense-thriller set in Milwaukee and parts of northern Wisconsin. Shadow of Deceit  earned Mal a spot as finalist in WisRWA's 2013 Write Touch Reader's Award contest for published authors.

A couple of her favorite reviews came from Beverly at The Wormhole, who said, “Wow! This one has it all! Non-stop action, hot and sexy characters, betrayal, smokin' romance, and a thrilling plot--” and Gothic Mom's Book Review, which stated, “In the 150+ books that I read per year, there are very few that receive a five star rating. Shadow of Deceit  did just that. Non stop action, sexual tension, an adventure that had me on the edge of my seat...A fantastic book that had me from page one...”

Too Sexy For His Stetson is another romantic suspense-thriller. This time Olson's bossy characters lead her to the mountains of Northern Idaho, where a deputy sheriff and his female rookie deal with menacing white supremacists, a homicide, a murder cold case, and a threat to a nearby dam—all while trying to keep their hands off each other. Meanwhile, Rambo, the hero's retired K-9, quietly steals the show.

Olson also offers two short stories. Danger Zone , which has spent months in the Kindle top 100 free romantic suspense category, is a guaranteed fifteen minute pulse pounder where two strangers survive a rock 'n roll landing on an icy Milwaukee runway and chase a could-be terrorist into the danger zone. Me and Brad , a feel good romance, features an irresistible K-9 and was ranked in the Kindle free top 100 list for months in the Contemporary Romance category.

GIVEAWAY INFO:
Prize is a $15 Amazon Gift Card. Contest is tour-wide, open internationally and ends Oct 12. Must be 18 years of age of older to enter.

Too Sexy for His Stetson by Mal Olson
My rating: 4 of 5 stars

First, I would like to thank the author Mal Olson for giving me this book for an honest review. I really enjoyed this book, I love good stories with hot country boys in them. The characters Brandy and Blade were well developed and believable. I look forward to reading more from this author.

View all my reviews
Posted by Unknown at 1:15 AM