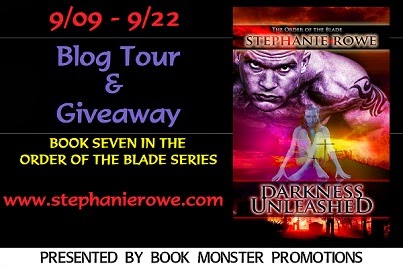 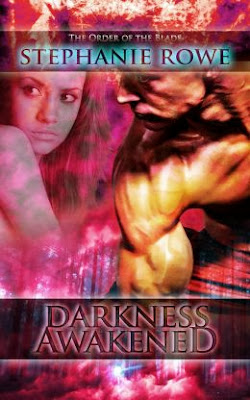 DARKNESS AWAKENED
Order of the Blade Series, Book One

The Calydons are a race of ancient immortals cursed with a dark side. Each Calydon is destined to meet his soul mate, to be so drawn to her that he is unable to resist bonding with her through the rituals of his race…

…but their destiny is to destroy each other and all they care about the moment their bond is complete.

Quinn Masters will stop at nothing to rescue his rogue teammate. To save his blood brother and ensure his brand of justice triumphs, Quinn will break every rule of his kind and partner with the sensuous, courageous woman destined to be his ultimate destruction.

Haunted by a brutal past, Illusionist Grace Matthews will risk everything to save her kidnapped sister, including putting her life in the sinfully capable hands of an immortal warrior whose ravaging kisses and intense passion propel her ruthlessly toward a fateful destiny she can't afford to believe in. 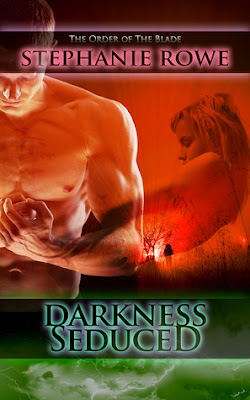 Immortal warrior Gideon Roarke made an oath five hundred years ago to the woman who died for him. The ancient Calydon is ruthless in his quest to honor that promise, even if it means risking everything by teaming up with the one woman who will either destroy him, or finally bring redemption to his blackened, hardened soul.

After escaping from a two-year imprisonment at the hands of a madman, the only thing Lily Davenport wants is to go home and reclaim her life. Unfortunately for Lily, standing between her and that goal is a sensual, demanding protector whose dangerous seduction threatens to claim her life…and her soul.

The Calydons Destiny: The Calydons are a race of ancient immortals cursed with a dark side. Each Calydon is destined to meet his soul mate, to be so drawn to her that he is unable to resist bonding with her through the rituals of his race…

…but their destiny is to destroy each other and all they care about the moment their bond is complete. 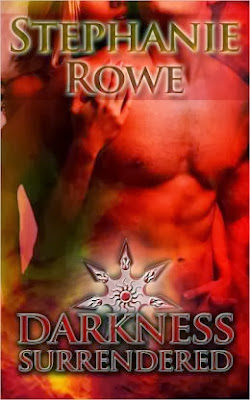 Six hundred years ago, Elijah Ross was tortured into insanity and thrust into a mental hell that no living creature has ever survived…except him.

Now, that same evil is back, and Elijah is all that stands between it and the destruction of all of humanity, but each step he takes drags him further back into the nightmare that once consumed him.

Elijah's only chance is Ana Matthews, whose sensual kisses and passionate fire thrust hope and light into his blackened heart and fragmented mind, but her deadly past could be the final trigger for his descent into irretrievable madness and the destruction of his soul…and humanity. 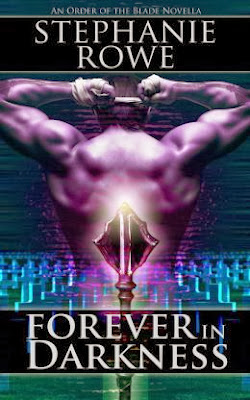 FOREVER IN DARKNESS
Order of the Blade Series, Book Four

Cursed to die for a choice his ancestor made, Ian Fitzgerald has spent six hundred years fighting the curse and trying to restore honor to his family's name. But his time to die has finally come, and his doom is in the guise of the one woman he cannot walk away from: his soul mate. Or is she really who she seems?

Light and darkness, shadows and death, reality and illusions swirl around Ian as the curse hauls him relentlessly toward his own demise. Desperate to survive, Ian fights ruthlessly to uncover the truth about the sensual, desperate female who has died in his arms already…twice. Can she save him, or will she be the final key to the destruction of everything he has fought to protect? 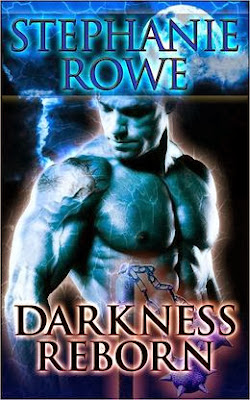 Talismans carved into his body. A lethal darkness amassing inside him. A woman who calls to his spirit on levels so intimate and so passionate that his deadened soul screams in agony. Calydon warrior Kane Santiago has a past he can't remember, and a deadly legacy closing in on him. His only chance is Sarah Burns, a sensual, courageous woman fighting to save herself and her family from an ancient, brutal evil.
Sarah is on the verge of losing everything, but she can't afford to trust Kane, who is either the key to her final destruction…or her only chance of survival. Bound together by a connection so deep that it has the power to bring the past and all its nightmares back to life, Kane and Sarah must tap into the hearts they closed down so long ago or lose everything, including their souls. 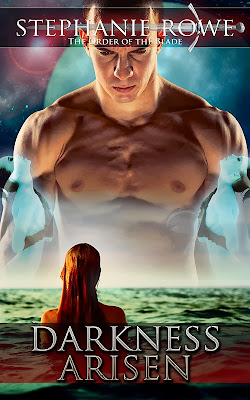 DARKNESS ARISEN
The Order of the Blade Series, Book Six

Darkness Hunts Him.
Calydon warrior Ian Fitzgerald refuses to die. Cursed by black magic, he has stayed alive through sheer force of will and unyielding commitment to a mission he is sworn to complete. There is only one thing that can defeat him…and she has just found him.

Desire Torments Her.
Ravaged by her own passions, tarnished angel Alice Shaw is fighting desperately for salvation before all she cares about is lost forever. Her sensual allure, and the forbidden power buried inside her, are outshone only by the burning need she awakens in Ian.

Fierce Passion Ignites.
Raging desire explodes between Ian and Alice, pushing them to the brink of destruction. They cannot afford to succumb, but the cord that binds them will never let them go…not until their most dreaded nightmares come true. Together, they are destined to fail. Together, they will fight to survive the impossible 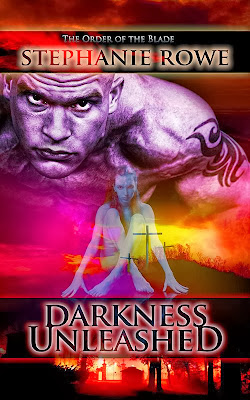 A warrior with blackened honor.
Intensely loyal and yet violently unpredictable, immortal warrior Ryland Samuels has hours left to save the soul of the man he owes his life to, but with each passing moment, he spirals closer and closer to a hell that once trapped him, a nightmare that has been waiting to reclaim him for almost a thousand years.

An angel driven to the edge.
Ravaged by betrayal and loss, Catherine Taylor is almost out of time to save her daughter from a place so deadly, so haunted, that no one has emerged alive in centuries. The angel of death will not let anything stand in her way, not even the deadly, haunted warrior on a lethal mission. Ryland needs her help desperately, but she needs his even more…and they can't both get what they want.

Enslaved by their own darkness. Forbidden heat explodes between the two tormented, isolated souls when they meet, a fiery, sensual connection that threatens everything they hold most dear. Will they survive the passion raging between them? Or will it cost them the one thing each cannot bear to lose? 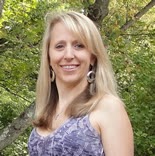 TOUR GIVEAWAY DETAILS:
Stephanie is giving away winners choice of eBook from either the ORDER OF THE BLADE, EVER AFTER or ALASKA HEAT series to EIGHT (8) winners at the end of the tour.