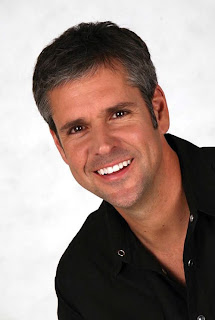 Radio listeners in Dallas/Fort Worth may know Mark Louis Rybczyk better as 'Hawkeye,' the long time morning host on heritage country station, 96.3 FM KSCS. An award-winning disc jockey, Mark, along with his partner Terry Dorsey, have the longest-running morning show in Dallas. Mark is an avid skier, windsurfer and traveler. He is also the host of 'Travel With Hawkeye' a radio and television adventure feature that airs across the country. The Travis Club is the third book from Mark Louis Rybczyk. 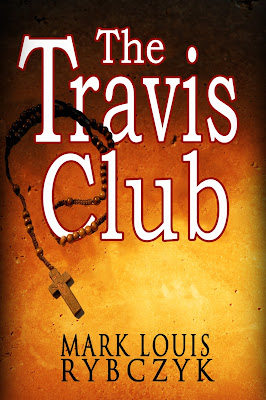 In a cathedral in downtown San Antonio, just a few blocks from the Alamo, sits the tomb of Davy Crockett, Jim Bowie and the other Alamo Defenders. Or so we have been led to believe. What secrets really lie inside the tomb and what has a group of misguided activists known as The Travis Club stumbled upon? How far will the city's power brokers go to protect those secrets?

What would happen if a group of slackers discovered San Antonio's DaVinci Code? Find out in the new book by Mark Louis Rybczyk, The Travis Club.

Noel Black sharpened a pencil and placed it neatly back in the top drawer of his glass-topped
desk, right next to the other sharpened pencils. He glanced at the clock then straightened a few
paper clips and a calculator on the stark, polished surface.

He knew he’d be leaving soon. So important to stay on schedule. Especially on a night like
tonight, when a life would come to an end.

Among the abstract paintings of his office was one unframed black and white print. A picture
of her. Not a picture of sentiment, but simply of record. A photo that would soon belong in a file.
Black fingered the yellowed photograph and could not help but think of childhood visits to
his mother’s father, his abuelo. He remembered spending the hot San Antonio summers at a
rickety west-side duplex much different than his parents’ ranch house in Dallas. Abuelo’s home
was filled with people, music, food and love.

As a child, Black would spend summer afternoons within earshot of the front window,
waiting for the rumble of his grandfather’s old diesel engine. Then the home would fill with
other workers, workers who were grateful to the old lady. All immigrants, they had left Mexico
hoping for a better life. The old lady offered them higher wages than the pecan shellers received.

With the promise of steady income came the chance to move into a house with plumbing, to send money home, and to send for other relatives. His grandfather loved the old lady and he did too.

More recently, Noel Black’s feelings about her had changed. She was a relic, an icon of a
past era. Now in her final years of the 20th century, the old lady had outlived her usefulness and
had no place in the modern San Antonio that he envisioned. She was in his way. She needed to be eliminated.

Of course, this kind of work had to be contracted out. He usually relied on a local contact
who understood the procedures. Anytime a life was extinguished, it must be done with precision in Noel Black’s world. 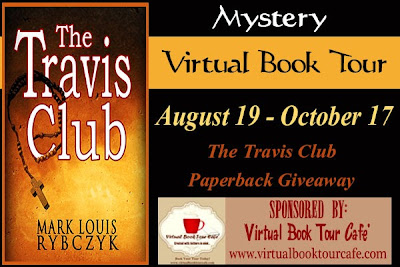 The Travis Club by Mark Louis Rybczyk
My rating: 4 of 5 stars

First, I would like to thank the author Mark Louis Rybczyk for giving me this book for an honest review. I really enjoyed this mystery. The Travis club is a good book, and Travis is very believable and well developed,the members of the Travis Club were likable as well. I look forward to reading more from this author, he as done a great job.