Growing up in Hell’s Kitchen in the early 1900s…

I am often asked what it was really like to grow up in Hell’s Kitchen in the early 1900s.
I believe Forty Years In A Day answers the question quite nicely. Our story begins in 1900 and follows the incredible journey of a young mother and her four children as they escape from Italy into the streets of Hell’s Kitchen, New York.  How much more could I contribute on the subject? But recently, a friend sent me a link to a YouTube audio of her Aunt, Margaret Carlson, who is being interviewed by her daughter. This elderly woman, who has long since passed, had grown up in Hell’s Kitchen. She shares an amazing childhood memory that I think is a quintessential example of what growing up in Hell’s Kitchen was like. I would not be able to describe it with any more craft or poignancy than Mrs. Carlson; therefore, these are her exact words transcribed from Margaret Carlson's Memorial Video on YouTube. http://youtu.be/V55rDRi5Dw0

I was born 1928. I was born in New York City—36th street and 11th Avenue. It was called Hell’s Kitchen. Bad neighborhood. On 11th Avenue there were railroad tracks and the freight trains use to go along the railroad tracks with the cows, and the pigs, and the sheep, and you could hear them all mooing. They were going to the slaughterhouse which was on 28th Street.
I guess I was about 5, and it was early on a Sunday morning, and I was running the streets on the other side of Eleventh Avenue, where I wasn’t supposed to be, but of course I was. Two men were laying on the street. We called them bottle babies. It was depressing days and there was no work for the men so the men use to hang out on the corner and get drunk. You know they couldn’t afford food, but they could get drunk. And they were our fathers, we knew them. So these two men are sleeping, and one man gets up and he picked up a big cinderblock and he dropped it on the other man’s head. He looked at me, and I just raced right home. I raced up four flights of stairs. You always lived on the top floor cause it was cheaper.
I told my mother, “Mama, Mr. So and So hit Mr. So and So over the head with a brick.”
My mother said, “What’d did you say, Margie?”
“Mr. So and So hit Mr. So and So over the head with a brick.”
What a whack my mother gave me. She never hit us. My father’s hobby was hitting us.
My mother never hit us.
“What’d you see, Margie.”
I was crying. “Mr. So and So hit Mr. So and So over the head with a brick.”
She gave me another whack. I landed on the floor, and I’m laying there, and she said to me, “What’d you see, Margie?”
I looked, and I’m thinking to myself she’s going to hit me again. I sat up, and I said,
“I didn’t see nothin, Mama.”
She said, “That’s right, now go downstairs and play.”
That’s how I learned you don’t see nothin, you don’t know nothin.
So I get downstairs and there were lots, torn down buildings. Rubble. Empty lots we call them. And the lot was full of people. I was only little so I climb the rocks and I’m standin there and I’m lookin. The police have a man, blood all down his face, saying, “Did anybody see this? Does anybody know anything?”
The West side was nice, nobody’s there, all of a sudden people are coming out of the woodwork. Of course,  nobody saw nothin. So I turn around to climb down the rocks and there is Mr. So and So staring straight at me, right behind me. I just ran home and that was the end of that. But like I said, I knew then—you didn’t see nothin and you don’t know nothin. That’s where I come from.

Thank you, Margaret Carlson, for your story and for reminding us to count our blessings. 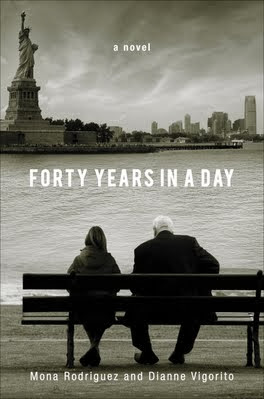 Why Book Covers are So Important

The cover story…
The cover is an essential part of a book. If thought doesn’t go into the cover, what prompts the reader to believe the rest of the product is any different. Especially for a debut author with no following, the book cover is similar to the first impression of an interview. Does this author have the guts to entertain me, to elicit emotion, to teach me something, to take me on a journey to a place I’ve never been before?  Unfortunately, not every book with an alluring cover fulfills expectations, but a book that is accurately and interestingly represented by its cover is more likely to catch the eye. If the design seems uninspired, it might be a sign, and the reader will look no further.

I have had the cover image for Forty Years in a Day in my head from the onset of the project. The story begins on Ellis Island where Clare has taken her father as a gift for his ninetieth birthday. After an emotional morning of touring the immigration museum, they sit down to rest on a bench overlooking the Statue of Liberty. Seeing the depth of emotion in her father’s eyes, Clare decides to ask him for the truth about his family, wondering whether he was willing or able to fill in the pieces of their lives.

Something mysterious overcomes him, and the memories seem to flood Vincenzo’s mind. He begins his narrative with why his mother, Victoria, had escaped from Italy into the streets of Hell’s Kitchen, New York. He ends his unsettling disclosure by telling Clare about the soulless incident that had changed the course of his life and the lives of his siblings; a secret so atrocious that it took him ten years to come to terms with the magnitude and the consequences of the crime. In one afternoon, he shares this gut-wrenching account of their lives and imparts the wisdom of a lifetime.

I believe my publisher has captured my vision, and the cover truly represents the gateway to this incredible story.

Confession is good for the soul even after the soul has been claimed...
The story begins in Italy, 1900. After years of torment and neglect, Victoria and her four small children immigrate to Hell's Kitchen, New York, to escape her alcoholic, abusive husband. On the day they leave, he tragically dies, but she does not learn of his death for several years—a secret that puts many lives on hold.
Quickly, they realize America's streets are not paved with gold, and the limits of human faith and stamina are tested time and time again. Poverty, illness, death, kidnapping, and the reign of organized crime are just some of the crosses they bear.
Victoria's eldest son, Vincenzo, is the sole surviving member of the family and shares a gut-wrenching account of their lives with his daughter during a visit to Ellis Island on his ninetieth birthday. He explains how the lives of he and his siblings have been secretly intertwined with an infamous Irish mob boss and ends his unsettling disclosure with a monumental request that leaves Clare speechless.
Forty Years in a Day is layered with the struggles and successes of each family member and defines the character of an era. Follow the Montanaro family through several decades, and stand in the shoes of a past generation. 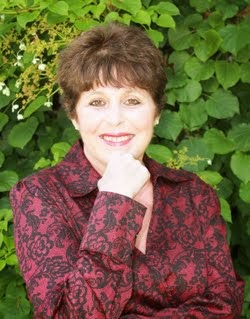 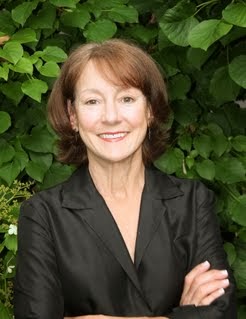 Mona Rodriguez and Dianne Vigorito are cousins. Throughout their lives, they had heard many stories from family members that were fascinating, sometimes even unbelievable, and decided to piece together the puzzle of tales. Through research and interviews, their goal was to create a fictional story that follows a family through several decades, providing the reader an opportunity to stand in the shoes of a past generation and walk in search of their hopes and dreams. What they realize in the process is that human emotions have been the same throughout generations - the difference is how people are molded and maneuvered by the times and their situations. Mona and Dianne live with their husbands in New Jersey and they each have two grown sons. This is their first novel together.

Forty Years in a Day by Mona Rodriguez
My rating: 4 of 5 stars

First, I would like to thank Mona Rodriguez & Dianne Vigorito for giving me this book for an honest review. I really enjoyed learning about the characters in the story. We see how this family came to America and learned to survive here. It was a short read compared to how much needed to be shared in the story, so I wish we could have learned more in depth with the characters, but overall, I liked it.