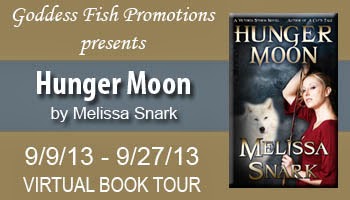 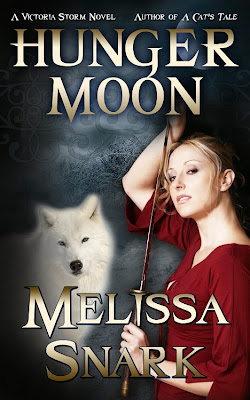 Valkyrie Victoria Storm desires nothing more than to provide her wolf pack with a safe haven, but her position as priestess to the Goddess Freya also brings with it certain… obligations. Not to mention complications.

War with the Barrett family resulted in the deaths of her parents and most of her pack. Now, hunters are hot on the trail of the remaining pack members. Sawyer Barrett, a human hunter hell bent on revenge, is convinced that Victoria murdered his brother. He will stop at nothing to see her dead.

Victoria must defend the survivors and somehow lead them to safety. Months on the run has weakened the pack, and there are newborn pups to protect, making swift travel impossible. Ahead, the promise of refuge beckons.

Their best chance for survival lies in Sierra Pines, California: Arik Koenig, a powerful, dominant male wolf. He promises to protect and provide for the pack, something Victoria knows the pack needs for survival. His mysterious past is riddled with violence and death, including the slaughter of his entire family twenty years before. His wife died under mysterious circumstances and his son, Logan, is rumored to be her killer.

What is truth? Who can she trust? The desperate spirit of Arik’s murdered wife calls out for help, and Logan begs for assistance in clearing his name. Victoria must solve a murder that has pitted father against son, rooted in a mystery reaching back two decades. Her quest starts her on a journey from the human world to Odin’s Valhalla and back again.

Victoria will find salvation or face destruction beneath the Hunger Moon…

"You killed my brother, bitch."

"Worry about your own life, Sawyer. Daniel is dead."

Victoria held the blade of her dagger even with his jawline, against the strong column of his throat. Cold steel kissed flesh, but she lacked the will to make the final thrust to sever his carotid artery.

"Because of you." His brown eyes blazed with hatred, more intense and consuming than the inferno raging around them.

Every part of the warehouse was on fire, and there was no way to know how much longer the structure would stand. Cinder and smoke swirled everywhere.

Red-hot embers dusted the bare skin of her face and arms faster than her enhanced healing could repair the damage, but she didn't feel the burn. Fury consumed her heart and protected her from the wrath of flames, but the pain of her loss, the weight of her guilt, crippled her.

"Yes, because of me," she said. She blinked back tears. She should kill him. There was no other choice, because the survival of her pack depended upon stopping the hunters who pursued them, the hunters he led. Doubt stilled her hand. The man's life hung in fragile balance between her desire for revenge and uncertainty.

"Do it," Sawyer said with a sneer, as if he sensed her hesitation. She straddled his chest, keeping one of his arms pinned against his side with her knee. His free hand groped for the shotgun on the ground, just out of reach.

"Has your death wish gotten so strong you're committed to joining him?" She sniffed, attempting to scent his fear, but inhaled a lungful of thick smoke that scalded her throat. Tears filled her eyes and a cough racked her chest.

"I'm going to rip you to shreds." Teeth bared, Sawyer's upper body heaved while he attempted to unseat her. The hunter had plenty of fight in him. Her wolf's strength far exceeded that of any human, even a skilled hunter such as a Barrett man.  He gave up obtaining the shotgun and grabbed for her throat with his free hand.

Victoria placed her palm flat on his breastbone and shoved him back.

"Yeah, yeah, I've heard it all before, and yet I'm still here. I'm starting to think you're incompetent, Sawyer."

"Give me a knife. I'll show you incompetent!"

"Now, why would I do something stupid like that?" Despite her taunting tone, doubt twisted her gut into knots. Her hand remained rock steady. The dagger never wavered; the fine edge of the blade bit into his flesh and drew a thin line of blood across the side of his throat.

He was also the man who had helped murder her parents and most of her packmates.

The pain of the cut caused Sawyer to grunt; his throat worked while he swallowed, a convulsive clench that betrayed his fear, though his features remained set in a stoic mask.

A hand brushed her wrist, confident and intimate, cool to the touch. Victoria glanced up to stare into a face she knew by heart, every plane and angle committed to memory, although he was far more handsome than her imperfect recollection.

Impossible! It can't be.

She gazed into the man's familiar face, and the entire world beyond his warm brown eyes ceased to exist: the fire, her pack, the man at the business end of her knife—all of it simply stopped.

She blinked, and her surprise faded. Her mind made the logical leap: it was possible.

A strangled snarl emerged from Sawyer's throat, but Victoria did not look at him. The hunter shouldn't have been able to see his brother's ghost. He lacked her gift of spirit sight. She kept a steady grip on the hilt, discouraging him from moving lest he slit his own throat on the blade.

"Daniel?" she whispered. The roar of the inferno engulfed her voice.

A faint smile fluttered across his lips but the expression remained deadly serious. His hand locked tightly about her wrist. Daniel leaned forward. His lips feathered a soft kiss upon the shell of her ear. His honeyed voice murmured as sweet as her memories, causing her excruciating pain, soul deep. She missed him so damned much.

"Not my brother, lover. You can't kill Sawyer."

Victoria's fingers relaxed. The knife fell from her hand. "I won't, for you."

Daniel turned his head and looked his brother in the eye. "There's been enough killing."

Sawyer's features contorted in agony and his hand rose, reaching for his brother. "Danny, I—"

Before Sawyer's hand touched his brother's face, Daniel's body lost substance. Energy crackled in the air, and his form shimmered about the edges. His firm grip grew weaker with each passing second until his hand opened, and he released her wrist.

Daniel looked at her; a sad smile touched his lips. "I've got to go, baby."

She closed her eyes, and tears slid down her cheeks. The hot air of the burning warehouse sucked moisture from her skin. Her aching heart pounded, full and heavy, ready to burst. She opened her eyes and forced a brave smile. She extended her arm and brushed his fingertips. "I miss you."

His hand closed on her fingers, and he squeezed. A smiled played on his lips. 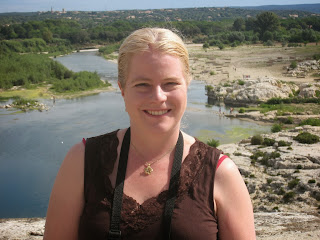 A friend asked me once how I chose my pen name. I told her the following: "Melissa, because when people mix up my first name, it's the most common goof up. Snark, because it amuses me. A) I love the word 'snarky' and B) I love Lewis Carroll."

As an individual, I'm sarcastic, stubborn and blunt to a fault. I have a strange sense of humor and I like to laugh (usually at my husband or children), but also at myself. I'm not particularly extroverted, although I do enjoy time with my family and close friends a great deal.

At the moment, I'm a stay at home mom who writes in my spare time. I've got a B.S. from Arizona State University in Business, and I've worked a variety of different jobs, including as a medical device documentation specialist, a technical writer, and an auto liability adjuster.

I live in the San Francisco East Bay of Northern California with my husband, three kids, and three cats. My hobbies include roleplaying, cooking and reading.

I maintain a blog, which I update regularly at http://melissasnark.blogspot.com/

I enjoy hearing from my readers, so please drop me a line at MelissaSnark at gmail dot com.

Where to find Melissa on the Internet:

Melissa will be awarding a $25 GC - Amazon or B&N (winner's choice) to two randomly drawn commenters during the tour.  The more you comment the better your chances of winning, follow the tour here.

Hunger Moon by Melissa Snark
My rating: 5 of 5 stars

First, I would like to thank Melissa Snark for giving me this book for an honest review. I loved this story, the Norse mythology mixed in was amazing. I love Victoria, she is a very strong, brave female that does what she needs to do to protect her pack. I now have to get book 1 so I can find out what happened in it. I also want to read more books by this author. I love her character building, she does an amazing job with them.

View all my reviews
Posted by Unknown at 4:32 AM