I live in The Woodlands, Texas with my husband and a German Shepherd dog. I have two grown daughters. One lives in Denver. One in North Texas.

I wrote from the time I was eight until I was in my early twenties. Started again January of 2012.

I’ve set up my workspace to be comfortable and it is. Given a choice, this is where I like to hang.

4) Why did you decide to write Gathering Storm?

This is the fifth installment of a serial saga, the natural progression of an ongoing story.

Elora Laiken. The saga is really her story, although she’s often a character on the periphery of the focus. In this installment, she is the star around which other planets revolve.

A lot of people love Deliverance, my incubus demon, and I really don’t get why. It would be impossible to come up with a more selfish, self-centered character. He’s an eight-hundred-year-old adolescent who literally lives for sexual gratification. To me it seems like a terrible waste of perfectly good immortality.

I participate in the process, but don’t try to do it alone. I have a professional who lives in London. I get on her schedule as soon as I’ve worked out a self-imposed deadline on my calendar. When she and I are finished, I turn it over to my street team who inevitably find editing escapees. When all goes as it should, by the time release day comes I have a flawless product to put out.

I do read a lot. I’m very fickle about favorites. My flavors of the month are Kristen Ashley because of Motorcycle Man and Katy Evans because of Real.

10) What question do you wish that someone would ask about your book, but nobody has?

The saga is based on the idea of multiple realities existing within the same physical space, but unknown to each other because of variants in vibration. This is an idea that is becoming more science and less science fiction all the time. The premise of the saga is that there are multiple versions of ourselves existing simultaneously in these other dimensions that are similar but not identical to our own, alternate, not parallel.

I was toying with the idea of being psychically connected to these other versions of ourselves in dreams. I have dreams in which I find myself in an unknown environment, interacting with people I have never seen, yet the dream has the distinct quality of feeling real. I began to wonder if I’m experiencing a glimpse of the lives of some of the other versions of me. 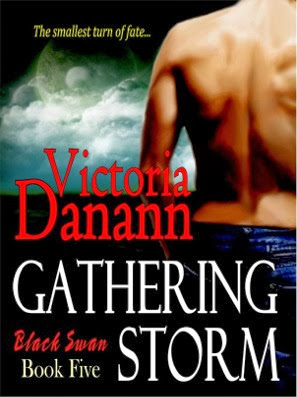 The fifth installment in the Black Swan serial saga. READING IN ORDER STRONGLY RECOMMENDED. That’s why we have a try-before-you-buy-program. The first book in the saga, My Familiar Stranger, is PermaFREE everywhere.

THE NEWSLETTER: Z Team, a.k.a Zed Company, is transferred to Jefferson Unit, which is being temporarily retired as an active hunter facility and converted to a research / training institution. Sol takes his first vacation – ever – leaving Glen in charge with Storm supervising. Rosie is proving to be an extraordinary little girl and Deliverance is in BIG trouble with her mother.

THE SURPRISES: Storm is really not himself. Former members of B Team must reunite to preserve his image and reputation.  No one could have prepared for the surprises Rosie delivers.

THE ADVENTURE: The Ralengclan send a second wave assassination team to Jefferson Unit at the worst possible time, when it’s been left defended by only Z Team, Glen, the Lady Laiken and the trainees.

When Glen returned with a mug of root beer, no one asked him what was in the glass. Torn simply motioned to the chair. Glen sat.
"You're needed at Jefferson Unit. You're to accompany me to Fort Dixon after the funeral. Your things are being gathered and moved as we speak."
As Glen looked from one to another, he saw no discernible reaction. They were a cool bunch. He'd give them that.
Glyphs shrugged. "New York's no worse than any other place. Maybe better than some."
Finngarick looked at Glen like he was a lab specimen on a microscopic slide. "Would you be happenin' to know why we're needed so urgently?"
Glen thought about it for a minute and decided there was no reason to withhold the truth. "Yes."
A ghost of a smile seemed to cross Finngarick's handsome elven face. "And would you be sharin' with us then?"
"Sorry. No."
Torn glanced at his teammates as if the four could communicate telepathically. "See. The thin' is, we're accustomed to hearin' The Order needs to sweep us further under the rug. No' brin' us into the light. We would no' be the least surprised if you came to say we're bein' transferred to Antarctica. But this? Naturally we're curious, you understand."
"Of course I understand. But I'm not at liberty to say."
Torn nodded thoughtfully. "Well, then. Might you be at liberty to say why you were sent to escort us?"
It took Glen less than a second to process whether it might be problematic to divulge that information. "The Jefferson Unit sovereign is retiring. I'm being given a try-out for his job. He sent me to get you." Z Team stared at Glen as if they were waiting for the punch line. Finally, he said, "No. Really."
Gunnar cleared his throat. "So. You're saying that, at some point, we might be calling you boss?"
Glen responded with a shit-eating grin so big, it begged for comeuppance. Gunnar swept his gaze around the snug before it came to light on Glen with a chilling mix of challenge, mischief and amusement.
Torn leaned forward. "Seems we have limited time for the application of a right proper hazin' then. Glen."
Four sets of eyes darted to the movement in Glen's throat when he swallowed. 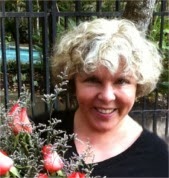 If you're looking for something new and different in PNR, you've come to the right place.

I write unapologetic romances with uniquely fresh perspectives on paranormal creatures, characters, and themes. Add a dash of scifi and a flourish of fantasy to enough humor to make you laugh out loud and enough steam to make you squirm in your chair. My heroines are independent femmes with flaws and minds of their own whether they are aliens, witches, demonologists, psychics, or past life therapists. My heroes are hot and hunky, but they also have brains, character, and good manners - usually - whether they be elves, demons, berserkers, werewolves, or vampires.

My first book, My Familiar Stranger, was nominated for Best Paranormal Romance of 2012 by the Reviewers' Choice  and Readers’ Choice Awards. Each of my books has remained on the Amazon best seller list in category every day since release. All four also earned the Night Owl Reviews TOP PICK award and have remained on the Amazon Best Sellers list every day since release.

My work has been compared to J R Ward, Karen Marie Moning, Sherrilyn Kenyon, and Lara Adrian. For example:

"I do see shades of Lara Adrian's Breed books and shades of J R Wards Black Dagger books, but this story is unique enough that it stands out all on its own and can stand up along side those other books and I think given time will elbow them out of the way with the rich story telling and deep emotional core that makes you want to know more." - Kerry, Musings of a Bookworm

The Order of the Black Swan is a series that is also a serial saga. Each book is an episodic installment in an ongoing story. Join me for the adventure.

October 7 Interview
All I Want and More

October 17 Interview
Pembroke Sinclair
Posted by Unknown at 1:00 AM