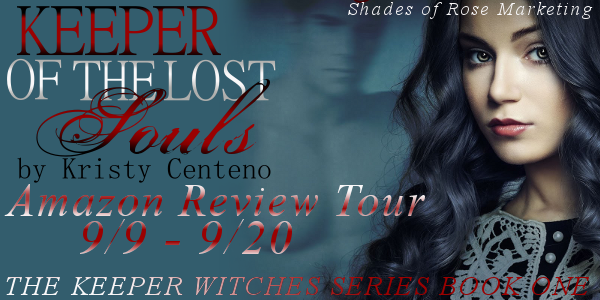 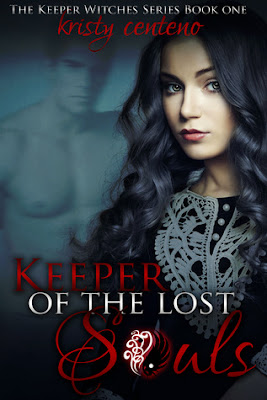 
Bryn McCaskey is young, naïve, and can talk to ghosts...

Like her mother and grandmother, Bryn comes from a breed of witches called The Keepers of the Lost Souls. Their main purpose is to guard those spirits who are permanently or temporarily grounded in the world of the living. Handling supernatural creatures is something which comes naturally to Bryn, however, dealing with people is a whole different story.

As her 18th birthday approaches it's time for her to take on her first assignment. Bryn is forced to confront her inability to communicate with others in an effort to save the one soul that can mean the difference between life and death for mankind.

Johnny Shaw is a lost soul with a personal vendetta against witches...
A vendetta he has carried on even after death. As much as he hate's them he must join forces with a keeper witch, in order to stop a century old threat. When fate brings them together, not only will they be forced to learn how to work as a team, but they will have to depend on each other to stop an evil witch carrying a six hundred year grudge!

Nodding briefly, I released her hand and changed positions so I was sitting facing her. She did the same; sitting cross-legged facing me, a look of hesitation marring her pretty features. Before she could change her mind, I reached out for her, holding her head steady with my hands as I closed the gap between us. She tensed.

“If you don’t want this to happen, it doesn’t have to,” I said, trying to ease some of her tension.

“I want you to kiss me, Johnny.” And to get her point across, she scooted closer and reached up to touch my right cheek, allowing her fingers to skim over my cheekbone and then down to my lower jaw.

Fortified by her light caresses, I pulled her closer, slowly manipulating the moment to give her time to change her mind if she wanted. Maintaining eye contact, she simply waited patiently for our lips to make contact. What started as a simple graze of the lips, soon turned into a passionate peck that took over my entire being and left me craving much more.

Taking her feelings into full consideration, I decided not to rush things. Instead, I planted soft, heated kisses on her lips first and navigated south from there to her jaw, all while gauging her reaction.

Lost in the moment, I allowed my instincts to take over. Bryn, with her quiet personality and beautiful heart, had managed to win me over in a matter of days. My biggest regret was not meeting her before. Though a part of me wanted to think that meeting her was probably a big waste of time if one considered the fact that I was dead, another part cried that it was better late than never. As my right hand caressed her cheek and the warmth emanating from her engulfed me, I realized I wouldn’t change this moment for anything. I may be dead, but I could still provide Bryn with pleasant memories, and among the most memorable was her first kiss.

Bryn’s eyes squeezed shut when I planted a kiss on her chin before nipping at the delicate skin with my teeth. Falling deeper into total relaxation with each caress she received, Bryn tilted her head back and parted her lips slightly. Taking that as an invitation, I quickly traveled upward from her chin to her mouth and kissed the sides. Encouraging her to part her mouth even further, I slipped my tongue in between her lips and boldly explored inside.

Drawing her nearer by wrapping my arms around her waist, I deepened the kiss, actively enjoying a game of tongue tag with her. Moaning, she drew me closer. Her fingers toyed with my short locks as our kiss intensified. The world around us was insignificant. The only thing that mattered was us. Although I’d kissed many girls before Bryn, this was the first time the action held such a high degree of importance to me. I wasn’t just devouring a girl’s lips and making the best of it— no— I was pouring my entire heart and soul into the most unforgettable kiss of my life, and perhaps hers, too.

At that moment I recognized the importance of sharing something as beautiful as a kiss with someone you have a strong emotional connection with. Although I would have never admitted it before, I felt closer to Bryn than any other person I had ever met. I cared for her. Had come to care for her in a way I never would have thought possible.

The second the admission crossed my mind, a loud ringing started in my ears, followed by a feeling of losing energy at an alarming rate that forced my actions to a complete stop. Breaking away from the magic of the moment, I pulled back and winced as the ringing became louder.

“Johnny, are you okay?” Concerned, Bryn glanced at me. Forcing herself to her knees, she tried to reach out for me but her hands went straight through me. The fact that she couldn’t touch me frightened us both.
Startled, I lifted my arms and found they were no longer solid. To make matters worse, no matter how hard I tried to gather energy from my environment, I became weaker and more translucent with each passing second.

Keeper of the Lost Souls by Kristy Centeno
My rating: 4 of 5 stars

First, I would like to thank the author Kristy Centeno for giving me this book for an honest review. I really enjoyed this story, the characters were well developed including secondary characters, I liked learning about Bryn and following her story. She is a Keeper Witch, I liked the different kinds of Witches and would like to see more in future books about the different types. There is romance but is slow and sweetly done. There was humor and suspense, making for some nice action. I look forward to reading more from Kristy. 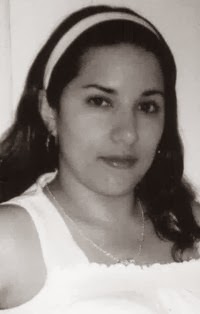 As a child, Kristy used to lose herself in an imaginary world by the means of a good book. Now that she’s all grown up, she gets to create her own fictional realms and make them come to life in ways that most readers might not expect.

Writing has always been a passion of hers but she never had the opportunity do so until now. After trying out numerous options, she realized that writing was what she loved the most and so she decided to give it a shot. As it turns out, her very active imagination helped her achieve her goals of creating believable plots with some ordinary, and some not so ordinary characters that move the stories along in one way or another.

As she keeps achieving her dreams of becoming a published author, she divides her time in between four children and a very understanding husband.